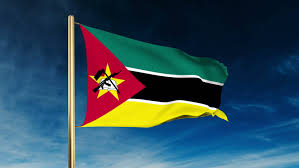 Homepage » Africa » Bondholders get tough on Mozambique over debt

A group of key Mozambique bondholders laid down terms to the embattled government ahead of restructuring talks, calling on it to revoke guarantees on loans taken on by two state-owned companies.

Mozambique, which defaulted on its only Eurobond in January, should also liquidate the two firms — ProIndicus and Mozambique Asset Management (MAM) — as well as a third, tuna-fishing company Ematum, the so-called Global Group of Mozambique Bondholders said.

It was the first response from bondholders to an audit of Mozambique’s debts by Kroll LLC, commissioned by the country’s attorney-general and released on June 24. The corporate investigations firm said the three companies failed to account for about a quarter of $2bn of state-backed loans they took on in the past five years.

“It is evident that there is no basis — in either Mozambican or English law — for the Mozambique government to honour the purported guarantees of the Proindicus and MAM loans,” the bondholders’ statement read.

“Disavowal of those purported guarantees and the liquidation of Proindicus, MAM and Ematum is the appropriate restructuring that needs to take place to clean up the system, to insulate the government balance sheet from further liabilities and to restore access to external financing at the lowest cost to Mozambique.”

Antonio do Rosario, CE of the three companies, did not immediately respond to an e-mail requesting comment.

The bondholders’ group, which is advised by former IMF official Charles Blitzer, was set up in 2016 by investors holding the bulk of the bonds, including Franklin Templeton and New York-based hedge funds Greylock Capital Management LLC and NWI Management LP. Some of its members have since changed.

The group refused to start formal restructuring talks with Mozambique and its adviser, Lazard, until the audit was published and they had seen an outline of a new bailout programme between the government and IMF. The Washington-based lender halted funding to Mozambique in 2016 when it discovered the existence of the ProIndicus and MAM loans, which the government had kept secret.
The $727m Eurobond, due in January 2023, has rallied from a low of US55c in mid-January to US73c. Sentiment towards the country has improved thanks to a 19% rise in the metical against the dollar in 2017, making

Mozambique’s foreign debts cheaper to service, and an increase in coal exports. Investors said they were also encouraged by an Eni SpA-led consortium signing off on a $7bn gas project last month.

These developments have improved Mozambique’s capacity to pay down its debts over the next five years by $850m, the bondholders said.

“The combination of the improved economic trajectory and an appropriate response to the findings of the Kroll report provides a path for Mozambique to re-establish credibility in the international financial markets,” they said.

The IMF is sending a team to Mozambique next month to discuss the Kroll report and assess the economy. It said the probe was an “important step toward[s] greater transparency regarding the loans” but it noted the “information gaps”.