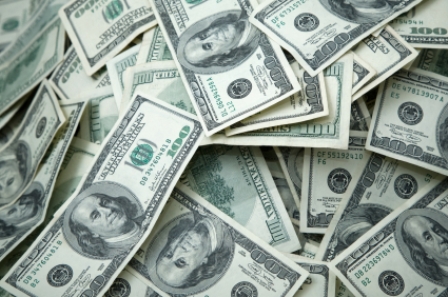 Between October and December 2019, the Bank of Ghana will inject US$125 million into the Ghanaian economy to shore up dollar in circulation, boost liquidity and prevent any rapid depreciation of the cedi.

With Christmas approaching and many traders expected to purchase dollars for their imports whilst businesses also search for dollars, the central bank has drawn a schedule to progressively inject the greenback into circulation to help improve the stability of the local currency.

Already, the Central Bank’s reserves have shored up following the arrival of part of the US$1.3 billion Cocobod syndicated loan.  An amount of US$600 million hit the Bank of Ghana’s accounts last week with the rest of the funds expected in the coming months.

The final tranche of US$25 million will however be injected on December 10, 2019.

Authorized Foreign Exchange Dealer Banks are expected to trade on behalf of the clients. Bids will thus be opened between 10:30am and 12:30pm, while announcements of the result will be done at 2pm on the date of auction.

According to the Central Bank, the competitive multiple-priced Foreign Exchange Forward auctions will be governed by the guidelines published and available on the Bank of Ghana website.

The cedi remained relatively stable in the third quarter of this year depreciating by only about 1.83 percent but has since the beginning of the fourth quarter losing some value. It is presently going for US$5.32 according to the interbank forex rate of the Bank of Ghana.

However, the forex bureaus are quoting it at GH₵5.53 per dollar as at yesterday October 9, 2019. They however sold it at GH₵5.48 to a dollar last week.

Senior Economic and Currency Analyst at Databank, Courage Martey, had already projected a fairly stable local currency for the rest of the year.

“Basically, we have a fairly stable outlook for the cedi against the US dollar on the back of the US$1.3 billion cocoa loan syndication.”

He emphasized that importers demand for foreign exchange and the treasury obligations are downside risks but the expected Cocobod inflows will absorb the demand between now and end of year.

Ratings agency, Fitch, had earlier projected an average of GH₵5.30 to one US dollar for 2019 from GH₵4.68/US dollar in 2018. It has not changed that position.