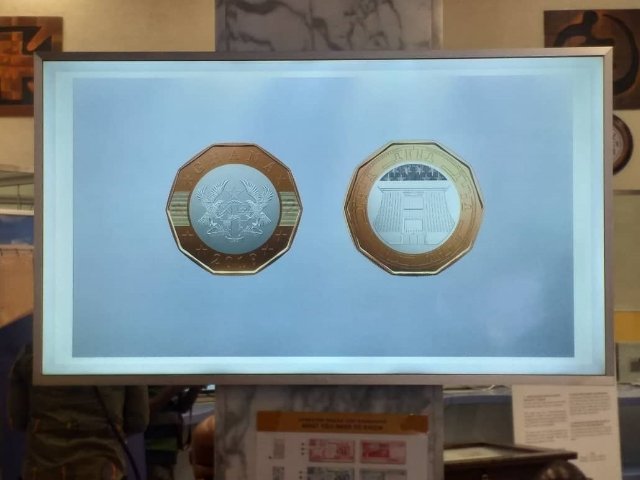 The Bank of Ghana (BoG) says it intends to gradually replace its lower banknotes denominations with coins to reduce its cost of printing.

“BoG will also embark on a vigorous campaign among road transport workers, market operators, small businesses, supermarkets, vendors and others to create avenues for the usage of the coins including develop infrastructures for coin usage,” the Central Bank said.

The Bank of Ghana last Friday announced the introduction of ¢100 and ¢200 notes to the country’s currency denomination. Also, ¢2 coins have been introduced.

Addressing the media, Governor of the BoG, Dr Ernest Addison said, “A lot of thinking went into the decision to introduce the higher denomination banknotes. The structure of the banknote should align well with the needs of the people who use it for their daily transactions.”

He added, “We need banknotes and coins that are convenient for most people to use, high quality, secure and cost-effective. Accordingly, in March 2017, the Bank of Ghana begun a process of conducting a thorough review of the structure of the currency including on the note/coin boundary and acceptability and use of the individual currency series.”

Dr Addison said the review exercise which involved conducting a nationwide survey with market operatives, businesses and international stakeholders as well as some empirical exercise.

The Governor added that “the outcome of these exercises revealed the resurgence of deadweight burden issues on the economy due to past significant inflation and perennial depreciation of the currency, a significant increase in the demand for higher denomination banknote and increased the cost of printing.”
Dr Addison said in line with the results of the exercise, the BoG is introducing the new notes to complement the existing series to ensure customer convenience and bring about efficiency in the printing of currency to generate savings for the country.

“These new higher value denominations will only restore partially the dollar value of the higher denomination GH¢200 to about US$40, not quite close to levels in 2007, but high enough to significantly reduce the deadweight burden and high transaction cost in making high-value purchases in a cash-based economy like Ghana,” he said.