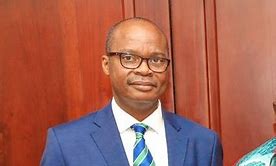 The Bank of Ghana (BoG) has raised the monthly sale of foreign currencies (FX) by 60 per cent in the first quarter of this year to help contain the increased demand for those currencies within that period of the year.

The decision to increase the amount to be auctioned was also in response to “significantly higher” demand for the FX than previously anticipated, the Head of Financial Markets at BoG, Mr Steven Opata, said in an email response to enquiries.

“Based on the forward auction performance in 2019, it was observed that demand was significantly higher than the published auction target on each auction.

“The bank, as such, decided to increase the auction target from $50 million monthly to $80 million in the first quarter in line with observed seasonal demand,” he said.

Started in the last quarter of 2019, the forward auctioning of FX was one of the measures introduced by the central bank to manage expectations and the resulting impact on the foreign exchange market.

It was also meant to help deepen the FX market, as well as reduce uncertainty on the future availability of FX to meet the FX needs of banks and their clients.