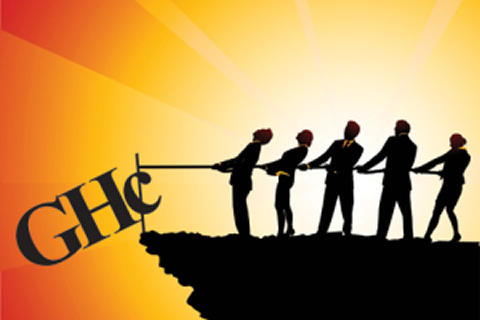 The Bank of Ghana (BoG) is attributing the sharp depreciation of the cedi over the past weeks to activities of speculators.

The local currency from the beginning of this year has depreciated by about 20 percent.

Some economists have attributed the free fall in value to the short fall in supply of dollars.

But the BoG is contesting this. It rather believes that activities to some individuals and businesses that are aggressively buying dollars in anticipation of its declining in the future, but actually do not need the dollars being demanded.

The BoG is projecting that the free fall in the cedi’s value will halt by September.

The Central Bank is basing, its prediction on the expected inflows from donor partners, the Eurobond, Cocoa Loan syndication and IMF which will boost its foreign reserves and eventually drive the rates down.

This should give some good indication to currency traders and banks that have required dollar reserves to support the cedi.

The regulator said instead of a daily support, it will intervene in the market when the need arises.

Checks with some commercial banks indicate that the BoG has not been consistent in terms amount of the amount of it releases to support the operations of Commercial Banks.

Meanwhile some analysts believe that the Central Bank is being strategic on how its steps into the market to support cedi to ensure that it is able defend its intervention in the long term.