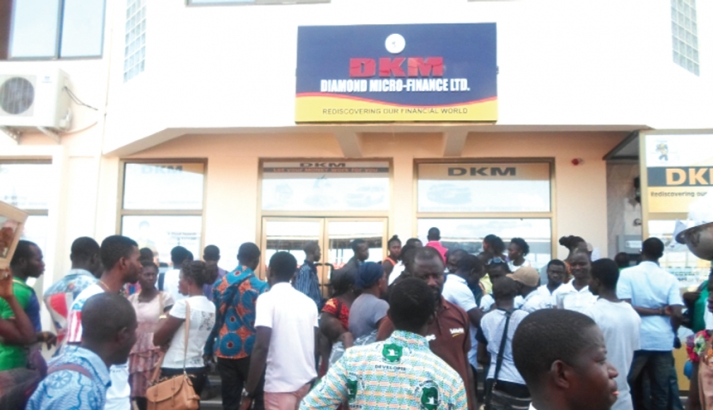 Customers of the embattled microfinance company, DKM Diamond Microfinance Limited, can access their deposits and investments from the company from Tuesday, September 22, 2015.

This follows the lifting of a moratorium initially placed on their operations by industry regulator, the Bank of Ghana (BoG) for close to five months.

A press statement issued pursuant to the lifting of the moratorium by the BoG said, “Customers wishing to access their deposits may contact DKM Diamond Microfinance Limited at their premises at Sunyani, Berekum, Techiman, Wenchi, Nkoranza, Wa and Bolgatanga from Tuesday, September 22, 2015.”

The statement added that the Financial Intelligence Center (FIC), which had also frozen some portions of DKM’s accounts, is also working on de-freezing those accounts to allow for full resumption of operations.

It, however, noted that DKM was still restricted from taking deposits from the general public until further notice.

The decision by the central bank to defreeze the accounts of the company is expected to bring relief to hundreds of frustrated DKM customers’ nationwide, majority of who were at a loss on the fate of their deposits.

Earlier reports indicated that some customers died as a result of growing frustrations resulting from their inability to access their deposits.

Meanwhile, the BoG and managers of some of the microfinance companies whose accounts had been frozen have agreed on a road map for the release of those funds.

The road map, which was brokered by the Brong Ahafo Regional Security Council and officials of the central bank, is expected to douse the growing tension among some patrons of the affected microfinance companies.

The Head of Other Financial Institutions Department of the Bank of Ghana, Mr Raymond Amanfu, explained in an interview that a satisfactory adherence to the road map would help clear the way for the resumption of operations of the companies.