Homepage » Finance » BARCLAYS– on a journey of sustained change and growth 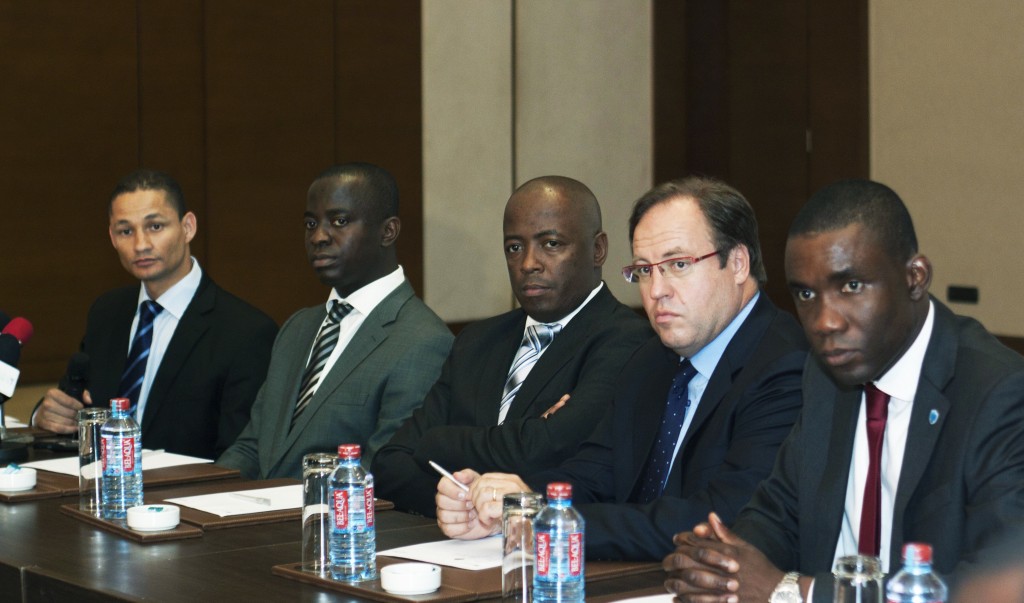 Barclays has an exciting banking proposition for Africa. Hitherto considered the low value end of the global banking industry, Africa has emerged as a thrilling frontier that presents opportunities for growth, even for the giants; and Barclays’ key to unlocking the continent’s wealth is to throw in all its best shots.

Barclays Africa’s Chief Executive, Kennedy G. Bungane, makes no bones about where his bank is headed in the value chain.

“The journey we have embarked on is the outcome of well thought out, well researched commitment by our top officials and our regional leadership in Africa to really build one bank for Barclays that would become, in the next three years, the Go-To bank. It will be the undisputed heavy weight champion of banking,” Bungane says of the Barclays ‘One Bank in Africa’ strategy.

In 2012, Barclays announced that it has agreed with its subsidiary, Absa Group, to join forces in pursuit of its Africa operations.

The combined business is expected to create a leading pan-African financial services business and a platform for further growth, which will serve approximately 14.4 million customers through a network of more than 1,300 outlets and over 10,400 ATMs, employing more than 43,000 people across 10 countries, which represent approximately 22.5% and 30.5% of Africa’s population and GDP respectively.

“The journey to become Go-To, defines three fundamental regions for Barclays; our home grounds, the UK, and the US, driven largely by our investment banking operations there, and then in Africa as the frontier for growth in Barclays going forward.

“We’re confident that in Ghana the authorities will grant us the requisite approvals and when this is done, we hope to create an integrated, functionalised, consistent offering for our retail clients and for our corporate clients; for offering our people, our colleagues, a value proposition as employees of Barclays whether they are based in Accra or Johannesburg, in London or Paris, providing them the same offering of being part of one global entity,” Bungane says.

He explains that it is all about bringing on the best in plans, in products, in services and combining that with deep local insights that enable Barclays not just to compete but to be the best with its chosen plans and the chosen products that it seeks to offer.

Bungane observes that under normal circumstances Barclays had proved its mettle; however, the circumstances have not been normal for the industry in recent years.

When this happened, when he took over, he promised that it was time to start what’s going to be a turnaround in the group that would put us on a path of sustained change in terms of our culture and on a path of performance, on a path that would not just seek to restore the confidence, the trust that had been lost in the summer of 2012, but what would more importantly define the next 320 years of this group,” Bungane disclosed, explaining  “It was also to make sure that  our investors continue to believe in us going forward.”

But it is not all just about the bottom-line; a sense of responsibility drives Barclays’ proposition.

“It is our contribution to Africa’s rise and making sure that this century does indeed belong to Africa.

“This is our promise, this is our commitment. It’s a long journey, but like I’ve said, a capital milestone starts with an approval in combining our entities in Africa into one; and then the hard work of making it all count, making it all work,” says Bungane.