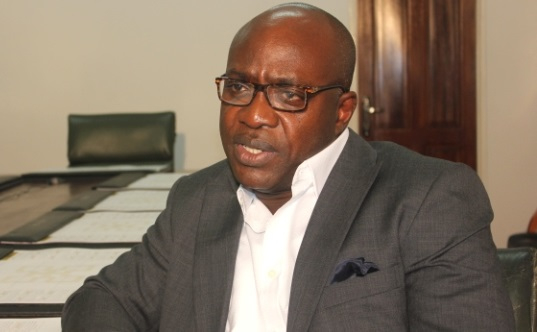 Commercial banks are worried government is competing with them for dollars locally, following the successful issuance of the first domestic treasury dollar bond, which raised some US$94.6million.

“I disagree with Seth Terkper [Finance Minister] on this action. I think it is a wrong move. This is government competing directly with the banks for dollars,” Frank Adu Jnr., Managing Director of CAL Bank, told the B&FT in an interview.

Now that government is out there issuing dollar bonds in the local market at 6 percent, “what you are telling me is that for me to keep these dollars, because all that money is coming from the deposit base of the banks, then compete with me as government,” Frank Adu said.

The cost of dollar loans, he said, is going to go up, whiles government goes ahead to raise the dollars, knowing how successful the maiden one has been.

“Do you know the chaos that this can cause? I think we must be very careful about things like this; I do not agree with this initiative,” he said.

With about US$1.5 billion on the balance sheet of banks in the country, government is hoping to raise enough of the greenbacks locally at cheaper cost than the debt it raises in the foreign market to retire rising debts.

But Alhassan Andani, Managing Director of Stanbic Bank, also cautions that if this move is not controlled, Ghanaians could be lured with the security of the debt and they could start converting cedis into dollars just to purchase this debt.

To him, since there is no control as to who can open a dollar account and how such accounts are opened, the dollar bond can lead to pressures on the cedi since cedis can be converted into dollars just for the purchase of the bond.

“To the extent that we allow people who earn USD to hold USD balances in their account, if we can put that liquidity into the system by this bond issue or mobilize that, that’s fine. However, there is no control over who is buying cedis and putting in dollar accounts in order to buy dollar bonds and if that window is left open it could be disastrous in the long run,” he warned.

Mr Andani, therefore, called on regulators to avoid a situation where there will be conversion of local currency into USD in order to buy USD bonds because it could be “a case of cutting our noses from our face.”

The Finance Ministry has made no secret its intention to issue more of the USD bonds locally, following the success of the first one, for which the initial amount government wanted to raise was US$50million.

In a press statement, last week, the ministry said, “going forward, government will explore the advantages that this instrument type presents as an alternative source of funding, to finance the dollar component of future budgets.”

The two-year maiden domestic dollar bond, which was highly subscribed, yielded an amount of US$94.64million –after attracting a total of 26 bids.

The Finance Ministry has hailed the bond as “one of the country’s lowest yield bonds aside the 2017s, which are currently trading at about 5.45percent and maturing in less than a year.”