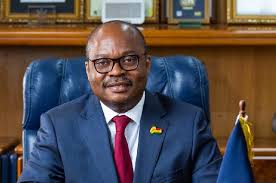 The Bank of Ghana says it has applied sanctions to its staff whose actions led to the banking sector distress.

According to the governor, Dr Ernest Addison, this is part of an “accountability process” his outfit initiated into the corporate governance letdowns to ensure that everybody rendered individual accounts on their involvements.

“There are lingering issues associated with bringing to book those who superintended over the corporate governance failures within the financial sector,” he said at the 2019 Annual Banker’s Dinner organized by the Chartered Institute of Bankers (CIB), Ghana.

Dr Addison added, “Bank of Ghana has applied administrative sanctions to staff that were found complicit and also dismissed a staff for his role in the Sibton deal in the previous regime.”

Recently, a Bank of Ghana official was dismissed for gross misconduct in relation to corrupt transactions and for accepting bribes in connection with the award of a contract to Sibton Switch Systems Limited in 2016.

Bank statements revealed that secret and corrupt payments of GH¢410,000.00 were made by the firm and its parent company Sibton Communications Limited to the official via a shelf company GIB JUST Systems Limited, which was owned by him.

“The receivers are in the law courts to recover assets and monies from some shareholders, directors and other loan defaulters of the defunct institutions,” he said.

Dr Ernest Addison also highlighted some developments and reforms his outfit is currently working on. He is upbeat about the approval of the 2019 Credit Reporting Regulations draft which he believes will help deepen the country’s credit infrastructure and provide for rules and guidelines for credit bureaus and financial institutions.

The draft Borrowers and Lenders Bill which seeks to strengthen the collateral registry system and facilitate enforcement of security interests of creditors also awaits onward submission to Parliament for approval.

The governor is also confident the implementation of a Domestic Credit Rating Agency to be established by the Finance Ministry will lead to improved access to financing and fair pricing of loans.

The 2019 Annual Bankers’ Dinner featured investiture of Dr Ernest Addison as an Honorary Fellow of the Chartered Institute of Bankers, Ghana for introducing reforms to the financial services sector.

The citation accompanying the plaque, which was handed over to him by the President of CIB-Ghana, Rev. Mrs Patricia Sappor mentioned a number of key functions he played including the passage of the Payments and Services Act 2019.

The event also saw some six members of the Institute elevated to the status of Fellows of the CIB-Ghana.