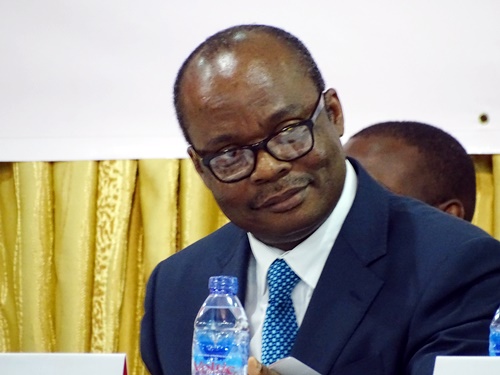 Receivers of the nine collapsed banks, PwC and KPMG, have recovered only GH¢1 billion out of a total debt GH¢10.1 billion that were owed the banks by individuals and institutions prior to the revocation of their licences.

The money was recovered through loan repayment by customers, placements, liquidation of bonds and other income sources.

Addressing the media after the 91st Monetary Policy Committee (MPC) meeting, the Governor of the Bank of Ghana (BoG), Dr Ernest Addison, said there was still a lot of work to be done by the receivers.

“There is still more work to be done as the receivers have a loan portfolio of over GH₵10 billion and have only done GH₵1 billion so they have GH₵9 billion more to go after.

“Apart from the loan portfolio, they also have other assets that they need to go after so that we will be able to meet all the depositors’ payments that are due,” he said.

95 per cent of depositors fully refunded

Responding to questions of depositors who still had their moneys locked up, Dr Addison said 95 per cent of depositors had been fully refunded.

“The trouble that we currently have has to do with the fact that we had to operate with caps for the special deposit taking Institutions. We have a cap of GH₵20,000 per account so this is the cause of the noise that you are hearing about people not getting access to their funds.

“They are not getting access to their funds because of the cap on payments. More than 95 per cent of total deposits are below this cap and have been fully covered

“There are only about five per cent of depositors who are holding very significant amount of money in there that have been caught under this cap. Unfortunately, those are the louder ones and that is why we keep hearing that people are not getting access to their funds but most people have had access to their full funds,” he explained.

Dr Addison said the challenges for the repayment of the full amount for the remaining five per cent had to do with the resources the government could afford to provide upfront.

He said the hope therefore was for the receivers to be able to recover the funds from individuals, shareholders, and directors so that all depositors would receive their full amount.

“It is expected that at the end of that receivership process, those amounts that have not yet been paid would be taken care of by the proceeds that the receivers are able to generate so the receivers job is very important.

“Chasing loan defaulters, chasing shareholders and directors that have misdirected funds are critical to meeting depositors’ full payment and we must give the receivers the necessary support to do this,” he stated.

Commenting on the issue of credit to the private sector which has witnessed some contraction in recent times, the governor said the central bank was rolling out some policy measures to address the challenge.

To further provide increased activity in the small and medium enterprises (SMEs) sector, he said the BoG was setting aside two per cent of the banks’ primary reserve to support targeted lending to SMEs as part of the Enterprise Credit Scheme which was announced in the 2020 budget.

He said these funds would be held by the central bank and would be made available to banks that participate in the scheme.

He said the BoG would also explore the possibility of setting a minimum loan to deposits ratio to ensure that more deposits mobilised by banks were channeled to viable private sector projects.

“The BoG will hold further consultations with the banking industry to determine the impact of such a regulatory measure, and if warranted, determine the level of such ratio and appropriate monitoring and enforcement mechanisms to promote its effectiveness,” he stated.