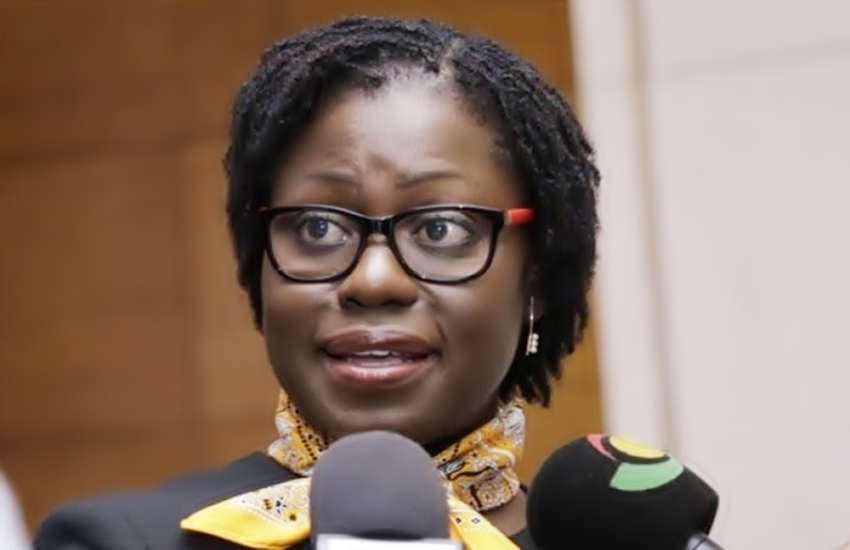 The Bank of Ghana is promoting a set of Sustainable Banking Principles for the banking industry, which requires them to ensure gender equity in their own organizations as well as gender-inclusive financial service delivery.

The Bank is also currently taking steps to collect data from financial institutions on a gender-disaggregated basis to help improve the measurement of progress in that regard, Mrs. Elsie Awadzi, second Deputy Governor of the Bank of Ghana has announced.

Speaking at the maiden edition of the National Women’s Dialogue in Accra, Mrs Awadzi expressed the Bank of Ghana’s commitment towards ensuring that all banks, savings and loans companies, microfinance companies, rural and community banks remained safe and sound while actively supporting economic actors at all levels “to ensure that no one is left behind”.

The Women’s Dialogue, organised by the POS Foundation, an NGO, with funding from the GIZ, Ghana, was held to herald series of national discussions on challenges facing women in society and their business, while proposing solutions.

The theme for the Dialogue was: “Gender Equity, Women Economic Empowerment and Access to Justice; Requisites for Driving SME Growth in Ghana.

Mrs Awadzi, who, together with other women entrepreneurs spoke to the cross-section of participants that attended the Dialogue, said: the Bank was currently pursuing a financial inclusion agenda that promoted innovation in the mobilization of savings and delivery of credit and financial services generally to vulnerable groups in society.

She said Small and Medium Enterprises (SMEs), including those owned by women, would receive funding if they approach any recognised financial institution as the financial sector had been cleared, and those in operation had received the correct documentation to operate.

She, however, acknowledged the need to remove the obstacles that women continued to face in their endeavours to meaningfully impact on the socio-economic development of the nation.

“Women are the backbone of developing economies and properly tackling the obstacles that create road blocks for their development and the development of their businesses will help to unleash the potential they have to alleviate poverty, create jobs and ultimately grow their economies”.

Ms. Nicola Hondasi, Political and Economic Officer of the German Embassy, who represented the German Ambassador, reiterated the need to continuously advocate the economic empowerment of women and their enhanced access to justice, “which contributes to our common goal of achieving gender equity globally”.

He said other dialogue series would be held in Kumasi and Tamale to mobilize more women and resource them with the needful information and resources, to propel them to higher economic heights.