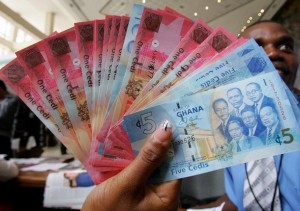 Governor of the Bank of Ghana, Dr. Kofi Wampah has disclosed that the country’s total debt now lies at GHc56billion, which is a hike from last December’s GHc51.6billion.Some experts are bothered about the country’s increasing debt stock fearing it might make it difficult to clear on time in the near future however, but Dr. Wampah stated categorically that there was no cause for alarm.“I don’t think that the debt situation of Ghc56 billion is bad. It is the trajectory and how quickly it is growing that we need to look at. 50% or 55% debt-to-GDP is not entirely out of this world. It is how it is moving and whether the trajectory will take you toward a critical level; that is what you need to look at and I think that that is what is of concern to both the minister of finance and also to the Central Bank. And that is why there’s this current fiscal consolidation.”

Touching on the foreign exchange measures introduced by the Central Bank recently, Dr. Wampah indicated the current rate of depreciation, which is pegged at 17% as at the end of March, could have been worse if the measures were not introduced.

In a public lecture last week, former Deputy Governor for the Bank of Ghana, Dr Mahamudu Bawumia warned government that the trend of its borrowing could have long term harsh effects on the country’s economy.

GhIPSS Express records 51 percent growth – Report webmanager May 27, 2020
Close
Business World Ghana
Proudly powered by WordPress Theme: Magad.
We use cookies for functional and analytic purposes to ensure that we give you the best experience on our website. By using this website, we assume that you give your consent to this policy.Ok