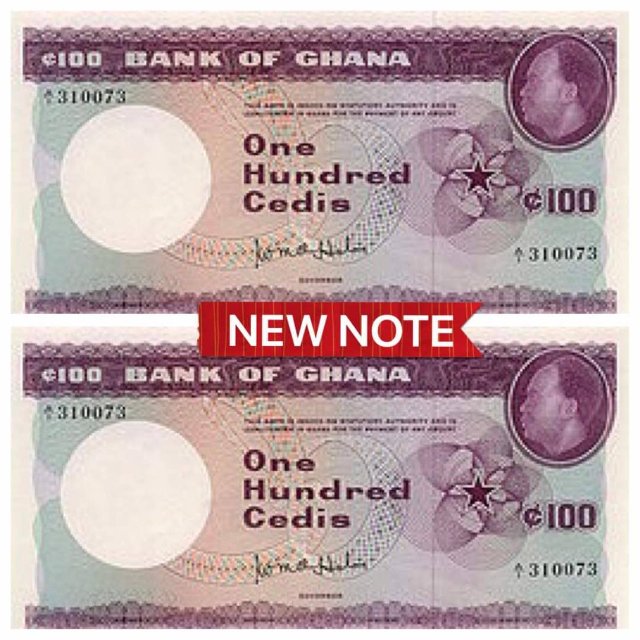 Bank of Ghana has denied it is working to issue a new GH₵100 note to the public for transactions.

There had been reports in the past about the BoG planning to issue this note but were later rejected by the Central Bank.

At that time, the BOG later attributed it to some work of a final year student at one of the country’s university.

However, this has surfaced with the supposed leaked specimen on social media.

The said note has a black star at its right side, with Dr Kwame Nkrumah’s portrait at the far right corner.

But speaking in an interview with JoyBusiness, Head of Communication at the Bank of Ghana, Esi Hammond said there is no such plan on the table for now.

She said, “this note that is circulating is fake because anytime that we are planning to issue a note, there are several processes that we go through and at the moment there is nothing on the table for now.”

Mrs Hammond added that they want to assure the markets that all the necessary conditions that influence the issuance of a note are not under consideration, urging the public to disregard it.

Could this happen in the future
That can be described as a million dollar question, as to whether in the future the Bank of Ghana could issue a new GH₵100 note.
According to a source close to the regulator, there are factors that guide issuance of these notes; the economy and change in currency demand and transactions.

The source argues that if that could change in the future then one cannot rule out the possibility.
Myjoyonline