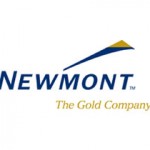 The Asutifi North Assembly and members of towns affected by cyanide spillage are yet to decide on which project to use compensation paid them in 2012 by Newmont Ghana Gold Limited (NGGL).

Members of the affected towns, Kenyasi No.1& 2 and Ntotroso, in the Brong Ahafo Region, have for two years been locked in a debate with community leaders on whether to use the GHc3.15 million on a market and lorry park or to upgrade the health centre at Kenyasi No 1 to a district hospital.

Community members have kicked against the Assembly’s suggestion that a market and lorry park be constructed, arguing that it would be pointless since the existing markets have become white elephants.

The Traditional Authorities had earlier requested for an amicable settlement of the matter, which the parties agreed to. However, after months of deliberations they have failed to reach a consensus.

The money is part of GH¢7million penalty Newmont Ghana was made to pay for spilling cyanide into the Yaakye stream; which served as a source of drinking water. The Environmental Protection Agency (EPA) then received GH¢2.8 million out of the amount while the Inspectorate Division of the Minerals Commission took GH¢1.05million.

Asutifi North District, as a result of the mining activities, calls for the establishment of a district hospital to meet their healthcare needs as the only nearby health facility, St. Elizabeth Hospital at Hwidiem, is over-stretched, hence the need for a new hospital, Abdallah Salifu, a community leader said.

They have, therefore, appealed to government to, as a matter of urgency; prevent the District Assembly from using the money for construction of a market centre and lorry park as planned.