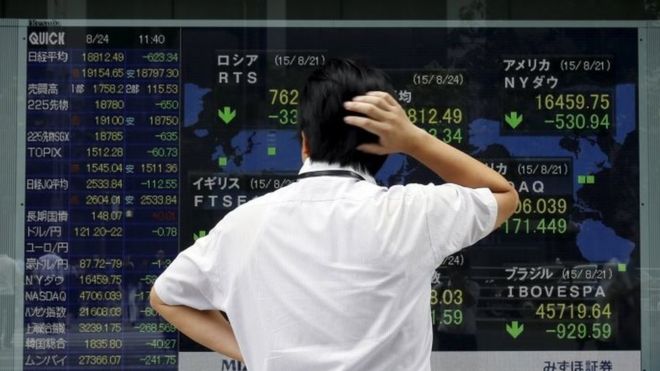 Investors across Asia remained cautious on Tuesday ahead of several key events in the coming two weeks, including the UK’s EU referendum.

In addition to worries over the UK’s referendum, investors are also eyeing meetings of the US Federal Reserve and Bank of Japan this week.

However, most analysts are not expecting either to alter rates.

Shares in some firms that fall under South Korean conglomerate Lotte Group closed lower after further raids were conducted on some of the group’s businesses.

The raids are part of a bribery investigation, according to some reports.

Shares of Lotte Shopping fell 1.5%, while shares in Lotte Chemical Corporation closed down more than 1%.

The share offering had been billed as the world’s biggest this year, worth some $4.5bn.

The index was dragged lower by several sectors including energy and banking.

Australia’s market had been closed on Monday for the Queen’s birthday.