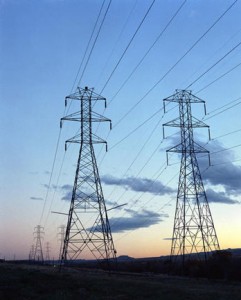 General Electric (GE) and two private power producers are collaborating to help add 1000megawatts of electricity to the national grid.

The project is aimed at supplementing the government’s efforts at boosting electricity production in a bid to reduce the cost of electricity.

It will combine the construction of an integrated gas-to-power thermal plant, currently underway, and a regasification unit with future importation of liquefied natural gas (LNG) which makes the production of power relatively cheaper and safer.

The first phase of the project which is expected to be completed in two years, will cost approximately $900 million, and will start power delivery in early 2017 with an initial 360 megawatts of electricity in a simple cycle mode.

Upon completion of the initial phase in early 2018, it is expected to produce more than 540 megawatts of electricity in a combined cycle mode, with the second phase anticipated to commence before 2019.

As part of the project, the government is expected to create an enabling environment and a regulatory framework to allow the project partners to accelerate the addition of the critically needed power deficit to the national grid.

It is also expected to facilitate a long-term agreement between the Electricity Company of Ghana, other official power off-takers and the project partners to ensure the purchase of power from the project.

To enable the start of the project, the Ministry of Energy and Petroleum on Tuesday witnessed the signing of a joint development agreement (JDA) between the partners, which also include Endeavor Energy and Finagestion.

The Deputy Minister of Energy and Petroleum, Mr John Jinapor, lauded the development partners for their effort.

According to him, the success of the project will make it the biggest thermal plant project undertaken locally and help reduce the cost of power.

He said the current increase in electricity tariffs was as a result of the cost of fuel used in operating the thermal plant.

He explained that because the project was going to use gas, which was relatively cheaper for power production, it would help reduce the cost of power.

The Chief Executive Officer of GE, Mr Jay Ireland, said that the project would set a new standard for the way that power would be delivered in Africa.