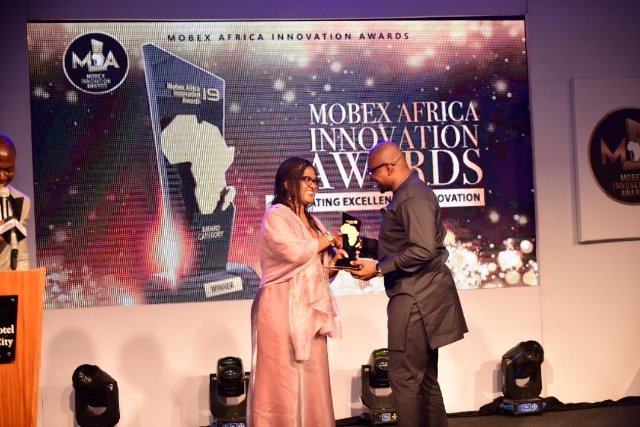 The event, which was held at the Kempinski Hotel in Accra last Saturday on the theme: “E-Finance; Future of Payments And Banking,” brought together tech enthusiasts, innovators and leading players in the country’s tech ecosystem.

This is the first time a company besides Moneygram and Western Union has won the award since its inception four years ago.

The Chief Operating Officer (COO) of Allied Exchange Africa and co-Founder of ALEXpay, Mr Moses Kanduri, in an interview with the Daily Graphic said, after two years in operation, the company had not only penetrated the Ghanaian market with a significant market share but had also established international partnerships to ensure that customers had access to global money transfer solutions.

For instance, he explained that ALEXpay had partnered Relam Investments, owners of the Floos Payment Platform in the United Arab Emirates (UAE), to open up the Africa-UAE remittance and payments corridor.

The partnership, he said, had provided a platform for citizens of India, China, and the UAE who reside and do business in Ghana, to receive money from their respective countries through their mobile wallets.

“We are truly grateful for the recognition and believe this is just the beginning because it comes at a time we are set to mark our second anniversary,” he said.

Mr Kanduri said the company, as part of its second anniversary, had developed a crowd-funding platform to help individuals and organisations to create campaigns to raise funds online to support social intervention projects in sectors such as education, health and agriculture among others.

He said the platform, which was available presently on the ALEXpay website, would accept donations via mobile money and would also allow people in the diaspora to make their contributions via Visa and MasterCard.

Crowdfunding is the practice of funding a project or venture by raising small amounts of money from a large number of people, typically via the Internet. Crowdfunding is a form of crowdsourcing and an alternative finance instrument to raise capital.

“This allows customers to create a campaign to raise money for important causes and it is important for Ghanaians and Africans to domestically mobilise resources to support our own projects. This is the reason we developed an African based crowd-funding platform,” Mr Kanduri said.