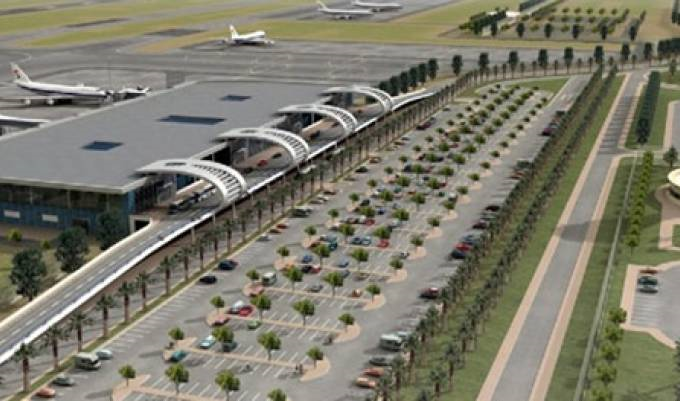 West African countries are investing heavily in aviation infrastructure in anticipation of future growth in air travel. This is informed by the demographic characteristics and projected economic development of the region.

UN Population Division’s data show that Africa’s population is expected to reach 1.5billion by 2030, an increase of about 50 percent from the 2012 population of one billion.

West Africa, with a population of about 350 million people presently, is expected to grow. This is expected to lead to increased economic activity within the region spurring demand for air travel. Realising the potential, West African countries are bracing for a bountiful harvest in the airline industry.

Ghana’s only international airport, the Kotoka International Airport is currently undergoing massive renovation to improve on facilities at the two-terminal airport.

Indeed, a third terminal estimated at a cost US$250million is to be constructed at the facility to bring it up to standard and help the country fend off competition, as a key aviation centre, from neighbouring countries.

This is not Ghana’s only move. A brand-new airport is under construction at the country’s third-biggest city located in the north of the country, some 616 kilometres by road from Accra.

The project, funded with a loan facility from the Brazilian government, is expected to cost about US$174million. It is being undertaken by Brazilian company Geiroz Galvao Construction.

The first phase of the project consists of extending the runway from the current 2,480 metres to about 3,940 metres, and the installation of a complete lighting system to accommodate bigger aircraft so as to serve as the second international airport in the country. It is supposed to serve as an alternative to the Kotoka International Airport (KIA).

Dzifa Attivor, Ghana’s transport minister, said the increased investment in aviation infrastructure is to position the country as the sub-region’s aviation hub.

The Togolese government is also investing heavily in on-ground infrastructure to match up with its growing importance as an aviation centre: the government of the tiny West African country, which hosts the headquarters of pan-African bank Ecobank, is investing US$150million in a new airport.

The new airport will have a terminal with three boarding bridges and an expanded parking lot.

Henok Teferra, Chief Executive Officer of Asky Airlines — with its home base as Lome, said in an interview: “The Togolese government is investing heavily in airport infrastructure and we are happy to serve the rest of the sub-region from our hub in Lome”.

Senegal’s new international airport is all but done. The new airport, named as Blaise Diagne International Airport sited atNdiass, Senegal, is expect to serve as a new airport for Dakar, as the old Léopold Sédar Senghor International Airport is now deemed too small for the growing traffic. At a cost of 566 million euros, the country is strategically positioning itself for the expected windfall from air travel.

With the most populous and largest economy in the sub-region, Nigeria has far better on-ground infrastructure. Its main challenge in the past has been enforcing strict safety standards. However, with new regulations on aging aircraft and high safety benchmarks, it is well-positioned to take advantage of future growth in air transport in West Africa.“

The fundamentals are very strong: Africa, with a one-billion population, is the reservoir of a growing middle-class and therefore a reservoir for traffic. That is why many non-African airlines which were not interested in Africa 10-15 years ago are now flocking here; because they have realised that this is perhaps the last frontier of globalisation,” said Henok Teferra, Chief Executive Officer of Asky Airlines.