Average interest rate on agricultural loans by banks has reached 31.00 percent as at September 2017 . This is according to the Bank of Ghana’s Annual Percentage Rate and Average Interest report.

But Bank of Baroda and Standard Chartered Bank offer the lowest rate of between 22-28 percent and 22-34 percent respectively.

The report which is to ensure transparency in the pricing and provision of banking services, stated that National Investment Bank which tops with interest rate is followed by HFC Bank, Premium Bank and Royal Bank with agric loan rates at 36.7 precent, 36.2-41.5 percent and 35.5-40.5 percent respectively.

The rest are UBA, Fidelity Bank, and Access Bank with rates of 32.9 percent, 32.7 percent and 30 percent respectively. 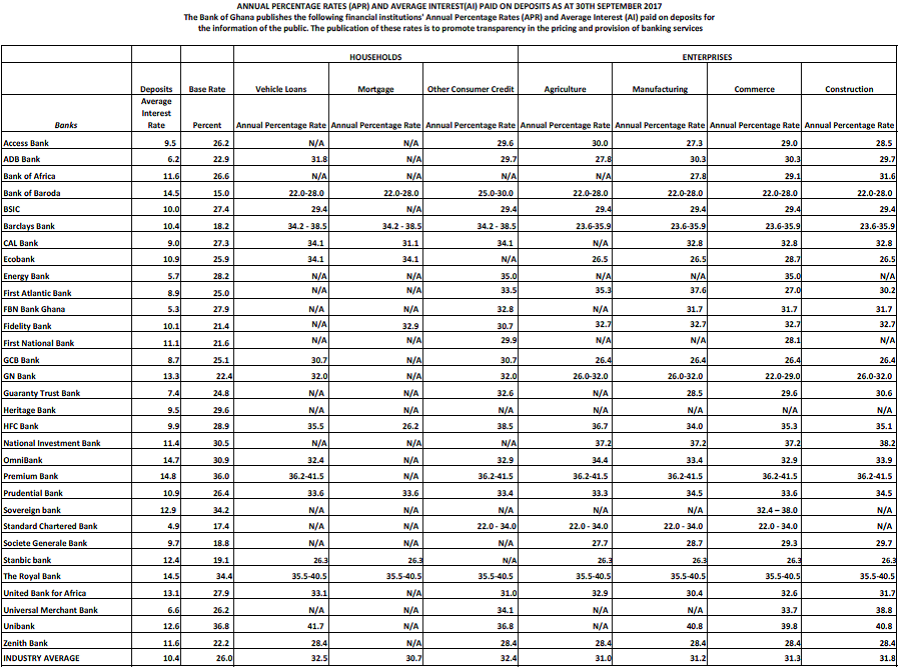