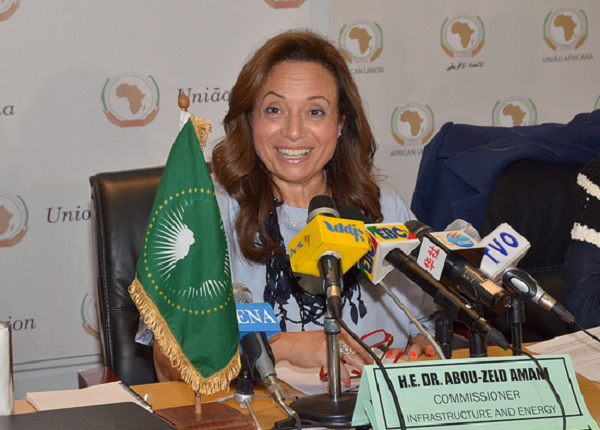 Homepage » Africa » African Union Passports To Be Rolled Out By 2020

The African Union (AU) passport is expected to be fully rolled out by 2020, the AU Commissioner in charge of Infrastructure, Energy, ICT and Tourism, Dr Amani Abou-Zeid,has disdclosed.
The passport, a common travel document set to replace existing national passports, is expected to grant members states of the AU visa exemption to all the 54 states in Africa.

The first of the electronic passport was unveiled at the 27th Assembly of Heads of State and Government of the African Union in Kigali, Rwanda in 2016 where they were issued to heads of state. Currently, the only other Africans eligible to travel on the passport are Ministers of Foreign Affairs and permanent representatives of AU member-states based at the Union’s headquarters in Addis Ababa, Ethiopia.

Dr Abou-Seid disclosed this on Wednesday on the sidelines of the 61st United Nations World Tourism Organisation (UNWTO) Commission for Africa meeting. The meeting discussed the relevance of statistics in tourism planning and marketing.

Thirty-six African Ministers of Tourism attended the meeting with African Ambassadors to Nigeria as well as tourism technocrats and statistics experts.

Asked for timelines for a roll-out to cover ordinary citizens of the continent, Dr Abou-Zeid said the passport was originally scheduled to come into full effect in 2018 but came up against some logistical challenges.

She added that the AU was currently domesticating the passport within African states while going through the process to fulfil the legal and technical requirements needed to make it acceptable to all nations on earth so that Africans could travel to other continents on AU passports by 2020.

The African common passport is part of the unfolding of the AU’s Agenda 2063 flagship programme for the socio-economic transformation of the continent.

Some of the ministers attending the UNWTO-CAF meeting here are excited by the prospect of a borderless Africa, citing the African Development Bank’s encouragement to member states about its positive economic impact.

They see Rwanda’s success story as a confirmation of the AfDB counsel. The East African country’s GDP and tourism revenues are said to have received a boost after abolishing visas.

At full implementation, she said, the single market will evolve into a common aviation area, necessitating the abolition of bilateral air service agreements between member states for intra-Africa traffic. With this, airlines will be able to fly any intra-African routes based on economic and financial considerations of the market.