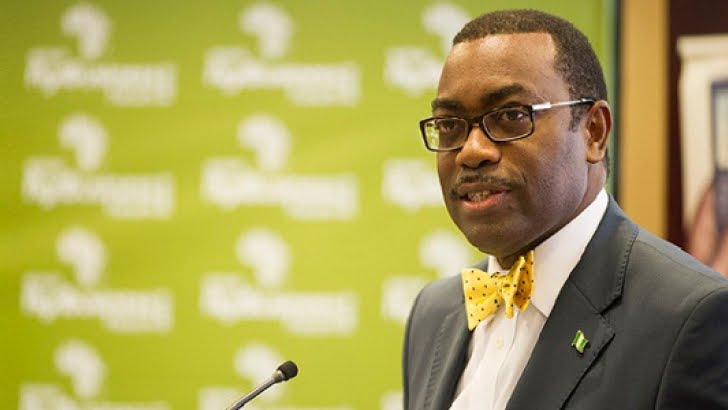 The African Development Bank (AfDB) has backed calls by the UN that debt repayments of low-income countries be suspended as part of efforts to deal with the economic fallout from the coronavirus.

AfDB president Akinwumi Adesina further called for the lifting of all sanctions.

“Even in wartime, ceasefires are called for humanitarian reasons. In such situations, there is a time to pause for relief materials to reach affected populations. The novel coronavirus is a war against all of us. All lives matter,” Adesina said.

The pandemic has caused pandemonium across the globe, bringing economies to a standstill and stretching medical facilities. It has left the global economy reeling and stocks plummeting, amid fears of a jobs bloodbath. Globally, more than 2-million people have been infected by the coronavirus up to this week, according to data from Johns Hopkins University.

The AfDB, a key development finance institution aiming to mobilise resources for the continent’s economic and social development, estimates that the coronavirus could cost Africa a GDP loss of $22.1bn in the best-case scenario and $88.3bn in the worst-case scenario. This is equivalent to a projected GDP contraction of between 0.7 and 2.8 percentage points in 2020. The bank said the pandemic shock will further squeeze fiscal space on the continent as deficits are estimated to widen by 3.5 to 4.9 percentage points, increasing Africa’s financing gap by an additional $110bn to $154bn in 2020.

Its estimates indicate that Africa’s total public debt could increase, under the base-case scenario, from $1.86-trillion at the end of 2019 to more than $2-trillion in 2020, compared to $1.9-trillion projected in a “no pandemic” scenario. “This, therefore, is a time for bold actions,” Adesina said.

“We should temporarily defer the debt owed to multilateral development banks and international financial institutions. This can be done by reprofiling loans to create fiscal space for countries to deal with this crisis.” He said he is calling for temporary forbearance, “not forgiveness”.

“That way, we will avoid moral hazards, and ratings agencies will be less inclined to penalise any institution on the potential risk to their preferred creditor status. The focus of the world should now be on helping everyone, as a risk to one is a risk to all,” Adesina said.

Adesina’s comments come after reports emerged that he and other top executives at the bank are being investigated for “favouritism and hindering efficiency”, among other allegations. ​

The AfDB chief said the bank is ready to support Africa in the short term and for the long haul, and will deploy up to $50bn over five years in projects to help with adjustment costs the continent will face as it deals with the knock-on effects of the coronavirus.

“While rich countries have resources to spare, evidenced by trillions of dollars in fiscal stimulus, developing countries are hampered by bare-bones resources. The fact is, if we do not collectively defeat the coronavirus in Africa, we will not defeat it anywhere else in the world. This is an existential challenge that requires all hands to be on deck.”