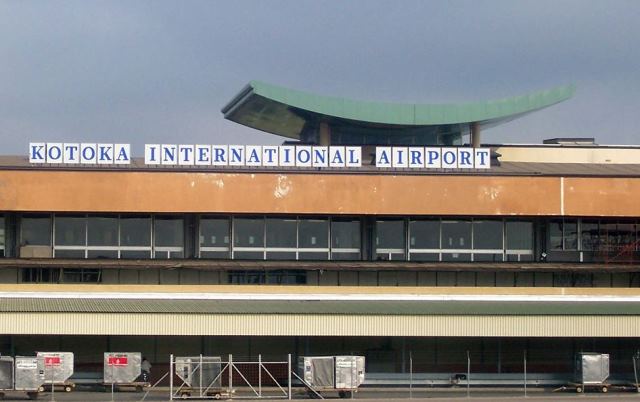 The African Development Bank (AfDB) has approved a loan of US$120million to the Ghana Airports Company Limited (GACL) for rehabilitation of aviation infrastructure in Ghana, sources have said.

The amount is AfDB’s first private-sector investment in the country’s transport sector, and is part of a US$428million financing programme in eight African countries.

Approval of the loan follows discussions between the GACL management and AfDB and South African bank ABSA last month about raising US$150million to fund the construction of a new airport at Ho, and rehabilitation of the Wa airstrip in the Upper West Region.

This follows closure of a US$250million loan the airports operator secured in August for the construction of a third airport terminal at the country’s only operational international airport — Kotoka International Airport.

A consortium of banks led by Ecobank Capital provided the required US$250million, having satisfied themselves of the GACL’s ability to pay back the loan with interest.

The Ministry of Finance, sources say, has applauded the state-owned GACL for borrowing on the strength of its balance sheet and the economic viability of the proposed projects.

ABSA, a member of Barclays, has the financial wherewithal to fund large-scale projects while the AfDB is renowned for its funding of large infrastructural projects on the continent.

The construction of a regional airport at Ho, capital of the Volta Region, is expected to boost tourism in a region endowed with so many tourist attraction. The potential of the region to attract a large number of in-country and foreign tourists is not in doubt.

Perhaps after the Central Region, it is the second-most endowed region in terms of tourism sites — waterfalls, forests, animal sanctuaries among others.

Ho Municipal is one of the 25 municipalities and districts in the Volta Region of Ghana. The municipality is also administrative capital for the people of the Volta Region, which is endowed with fertile land suitable for the cultivation of yam, rice, maize, and onion.

President John Dramani Mahama at the official sod-cutting ceremony for the airport said: “The decision to develop a domestic airport in Ho is meant to enhance the tourism potential in the region. The expected impacts include directly providing employment within the air transport industry — such as airline and airport, aircraft maintenance; air traffic control and meteorological services; and indirectly Ho providing employment for ancillary support services in the air transport industry…for example, aviation fuel and construction companies.”

Manufacturers of goods sold in airport retail outlets and a wide variety of activities in the business services sector are also to benefit from this investment.

“On completion, the airport is expected to accommodate ATR 72 aircraft or their equivalent, will allow direct domestic flights to other airports in the country, and also serve as an emergency landing point whenever the need arises.

“The construction of Ho Airport’s perimeter fence, which began early this year, will be completed soon. This is expected to secure the land and deter encroachment, to protect the project and future expansion.

“To further enhance the financial viability of the airport, the layout has provision for business activities/facilities including hotels, conferencing facilities, shops, restaurants, office complexes, health facilities, etc. This will be a mixed-market high-density commercial development to serve as an economic growth node of the region,” President Mahama said.