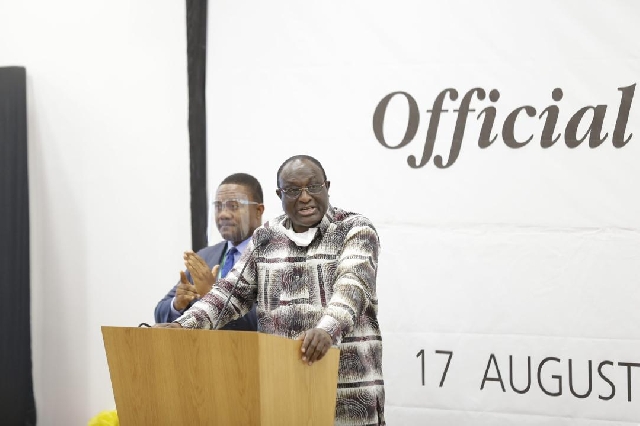 A successful implementation of the African Continental Free Trade Area (AfCFTA) will bring great benefits to the continent, Ghana’s Minister of Trade and Industry, Mr Alan Kyerematen has said.

Speaking at the opening and formal handing over the of the AfCFTA Secretariat to the AU Commission in Accra on Monday, 17 August 2020, Mr Kyerematen said “the case for an integrated market for Africa has never been in doubt, in spite of the sceptism that has been associated with it”.

The most developed regions of the world, he noted, “are the regions with the highest level of market integration”.

Regrettably, he observed, “Africa still remains the least integrated region in the world”.

“Less than 15% of Africa’s total trade occurs within the region”, he bemoaned, adding: “The paradox of Africa being the richest continent and yet the poorest, could partly be attributed to this unfortunate situation”.

In his view, “the successful implementation of the AfCFTA will bring many benefits to our continent:

Secondly, it will address the challenge of small fragmented markets in Africa by creating a single continental market which will lead to economies of scale.

Thirdly, it will add value to Africa’s abundant natural resources and promote economic diversification and industrialisation.

Fourthly, it will promote the development of regional value chains and facilitate cross border investments in Africa.

Sixthly, with a population of 1.2 billion, estimated to reach 2.5 billion by 2050, Africa will become a very attractive destination for Foreign Direct Investment because of its market size, with the potential for joint ventures and enhanced local content.

Seventhly, it will deepen the integration of Africa into global markets through supply chain arrangements and other forms of subcontracting transactions.

Eighthly, Africa will improve its terms of Trade with the rest of the world by earning higher values for its exports through value addition.

Ninthly, the AfCFTA will enhance benefits to consumers in Africa through lower prices of goods imported from within Africa.

Tenthly, and last but not the least, it will significantly increase employment opportunities in Africa, particularly for the youth and other vulnerable groups.