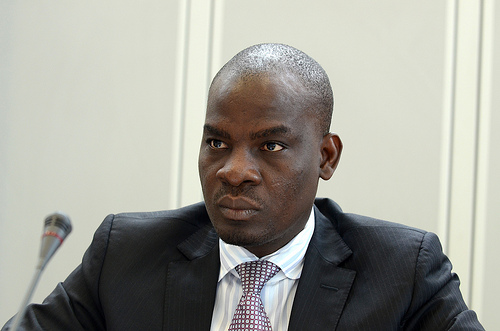 Government says it may open investigations into concerns raised by workers of the Agricultural Development Bank (ADB) over alleged malfeasance at the state-owned bank.

Employment and Labour Relations Minister, Haruna Iddrisu, says a meeting with the workers union Tuesday will determine whether the government will open fresh investigations into operations of the bank.

The ADB workers claim there are plans by the bank’s board to sell off its headquarters and use the proceeds to rent a private facility, a move they say is not financially prudent.

The headquarters will be sold at 10 million dollars while the new office will be rented at one million cedis a month. The bank is still negotiating the deal.

The General Secretary of the workers union, John Esiape said management of the bank have not been consistent with information relating to the new direction of the bank.

The workers have hinted of a nationwide demonstration to demand the removal of the bank’s MD, Stephen Kpodzih and the dissolution of the board.

According to them, both the MD and the Board of Directors have not been acting in the best interest of the bank.

“The MD has gone round the country and spoken to staff on many issues: policy, operations, unrecoverable loans and so on. And almost all the issues have turned out not to be true and staff are quite apprehensive”, said Mr Esiape.

The bank is also in disagreement with the Minority in Parliament over whether or not it requires an approval of legislators to float shares and list on the Ghana Stock Exchange.