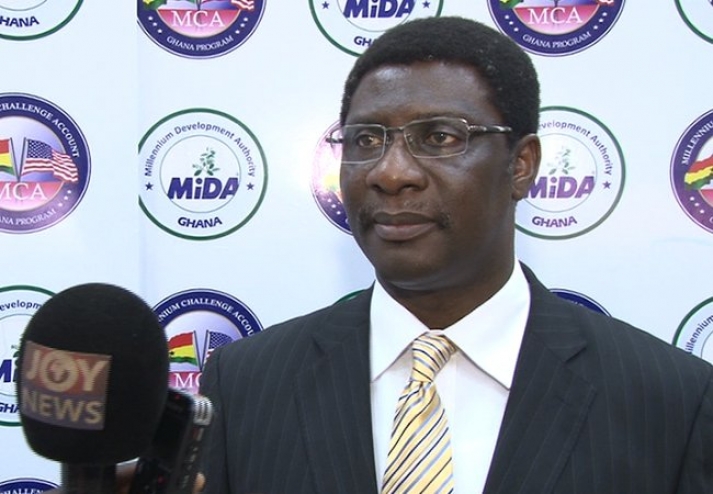 Twenty-six companies are in tough competition and bidding for the concession of the Electricity Company of Ghana (ECG) to revamp its operations with an annual investment of US$200 million.

The companies are made up of 14 foreign firms, 10 local companies and two joint ventures between local and international companies.

A concessioner is expected to be announced by the end of this year, and it will be required to spend more than US$10 billion required by the company for new generation plants in the next 10 years to ensure reliable power supply.

The Chief Executive Officer (CEO) of the Millennium Development Authority (MiDA), Mr. Owura Sarfo, said a number of organisations and companies had showed interest in the partnership both at the local and international levels, and expressed the hope that some of them would merge to improve their grounding for meeting the qualification criteria and other requirements.

He explained that fixing the challenges of ECG was critical because Independent Power Producers (IPP) were looking for a credible off-taker in order to invest in power generation.

According to him, the fear of no credible off-taker was hampering IPP investments in the power sector as fears of failure to recover investment in current off-taker distribution arrangements abound.

The MiDA CEO explained that if ECG was able to reduce its cumulative losses, which stand at 35 per cent, by half, it would be making US$150 million every year.

Mr. Owura Sarfo denied at a media forum in Accra that the ECG had been put on sale.

He said contrary to the reports that ECG had been put up for sale; the company would rather go through a concession programme that would raise money for both the government and the company to operate better.

Those who would be going for the concessions would be making regular payments from the partnership arrangement for as long as they remained part of the company, and those payments would bring in the needed money to run the company better, the CEO said.

Mr. Owura Sarfo also explained the details of the MiDA Compact Two Agreement and what it entailed, the goals and objectives of Compact One and Two, and discussed the ECG’s financial and operational turnaround under the Private Sector Partnership (PSP).

He explained that under the agreement signed between Ghana and the United States governments in August last year, the Compact Two provides Ghana with a grant of US$498.2 million to improve the power sector, which is also called the ‘Power Compact’.

The major project under the Ghana Power Compact is the Electricity Company of Ghana (ECG) Financial and Operational Turnaround Project, which is designed to transform ECG into an efficient and financially strong institution through private sector participation (PSP).

About $300 million of the MCC grant is being invested in ECG, and the Government of Ghana is committing at least US$37.4 million of its own money.

The project seeks to bring about PSP in investments into, as well as the management and operation of the ECG through a concession arrangement.

The International Finance Corporation (IFC), the transaction adviser, will before the end of this week present to government and the Millennium Development Authority (MiDA), the document that defines the details of how the concession should be structured, Ing. Owura Sarfo has said.

According to him, the objectives of Compact Two were therefore to increase private sector investment and the productivity and profitability of micro, small and large-scale businesses and also raise earning potential from self-employment and improved social outcomes for men and women.

He said it would further increase employment opportunities for men and women, and explained that because the power crisis, popularly called ‘Dumsor’ was negatively affecting the operational capabilities of industries and small-scale businesses, the new arrangement under the partnership would increase power supply to its customers.

In that position, the nation stands to attract investors, while industries and all other entrepreneurs get the opportunity to employ more hands and also open the chance for a greater number of people to become self-employed under the Power Compact.

He also said once the government approved this document, MiDA would send out tender documents in March 2016.

He added that the work of MiDA would transform ECG into a stronger company able to meet the current and future needs of Ghanaians in terms of technology and efficiency in power distribution.