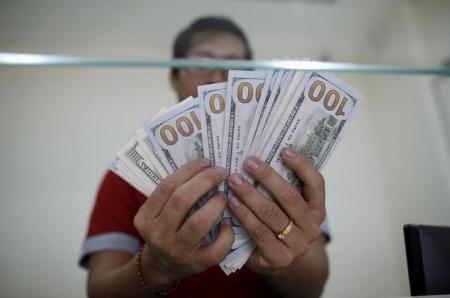 South Africa has successfully issued a $1.25 billion 10-year bond in the international capital market to help finance its foreign currency commitments over the medium term, the Treasury said on Friday.

The bond launch follows a March roadshow where Finance Minister Pravin Gordhan sought to reassure investors about continuity in fiscal policy after President Jacob Zuma changed finance ministers twice in less than a week in December.

In a statement, the Treasury said the dollar bond, with a coupon of 4.875 percent, had been more than two times oversubscribed, with an investor base primarily located in Europe and the United States.

“The South African government sees the success of the transaction as an expression of investor confidence in the country’s sound macro-economic policy framework and prudent fiscal management,” it said.

The rand extended gains against the dollar after the Treasury’s statement, climbing to a session high of 15.0600, up 1.2 percent for Thursday’s close.

The Treasury said the new foreign bond formed part of South Africa’s 2016/17 financing programme. Its proceeds would partly finance the government’s foreign currency commitments of $6.4 billion over the medium-term.

The coupon for the bond represents a spread of 335 basis points above the 10-year U.S. Treasury benchmark, which analysts said was in line with South Africa’s current funding rate.

“I don’t think it’s too expensive. If you have a look at our CDS rates, that’s at 385. So it was probably in line,” Rand Merchant Bank trader Gordon Kerr said, referring to credit default swops, or the cost of insuring exposure to South African debt.

“There is always demand for our paper and there will always be demand for EM in general because of the nice yields that it provides.”

South Africa might however be forced to borrow at a higher premium as it faces the risk of losing its investment-grade credit rating because of persistently weak growth and large deficits.

Moody’s, which currently rates the sovereign two notches above junk, has placed South Africa on review for a cut, citing concerns about its ability to restore fiscal strength and boost growth.

Standard & Poor’s and Fitch, whose grades are just a notch higher than sub-investment grade, have also hinted at downgrades.