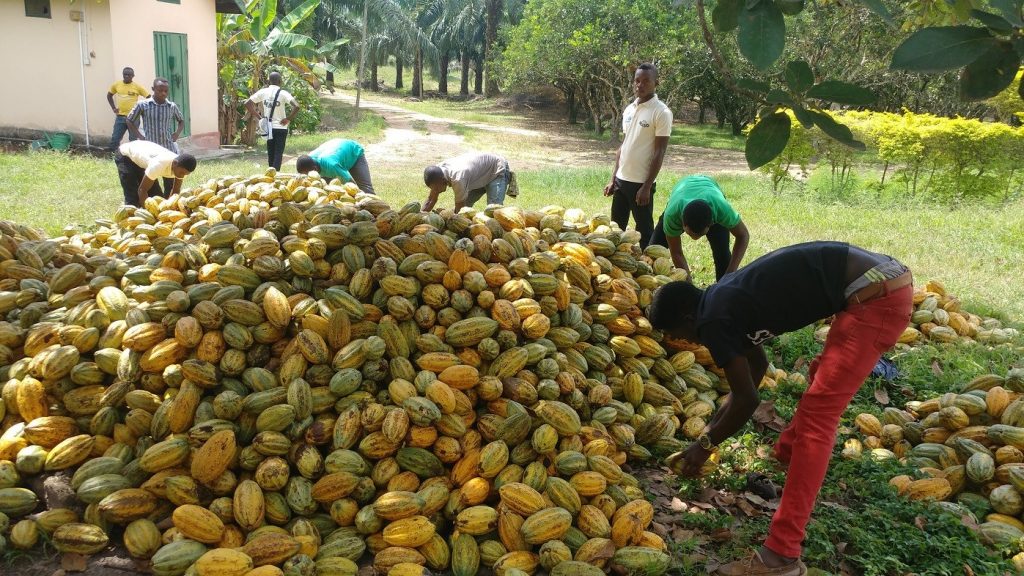 MASO, a programme under the Youth Forward initiative led by Mastercard Foundation, is currently transforming the lives of over 11,000 out-of-school young people across Ghana in the agriculture sector.

MASO is a five-year programme focused on creating employment opportunities for young people between the ages of 15 and 25, mostly in cocoa-farming communities in Ghana, implemented by Solidaridad, Aflatoun, Ashesi University, Fidelity Bank and the Ghana Cocoa Board.

The MASO Programme Manager, Mr Fred Frimpong, told the media after a day’s conference organised for youth in cocoa farming held in Ho on Wednesday, 25 September 2019, noted that the programme is aimed at creating job opportunities in cocoa production for Ghanaian youth who could not further their education.

“The programme is to support young people who have dropped out from school in Africa to gain employable skills to be able to have economic opportunities. The focus is on out-of-school youth in cocoa-breeding communities; giving them the skills training, mentorship and support to be able to build career opportunities within the cocoa sector”, he said.

He revealed that the programme, which was started in 2015 and expected to end in October 2020, has already impacted over 10,800 youth directly and 30,000 people indirectly.

“We set out to reach out to 10,800 young people within that period [five years] directly, and then, indirectly, also, 30,000; as we speak, we are a little over 11,000 young people in the programme and based on the employment they [the first batch of 11,000] have created, the number of youth that they have engaged, we are already reaching out to over 30,000 young people. The idea is to make career options either as farmers or service providers”, he noted.

The recently-appointed Board Chair of the Ghana Revenue Authority (GRA), Professor Stephen Adei, who gave the keynote address during the conference, spoke on several self-employed opportunities in the agriculture sector.

He advised the youth of Ghana to go into agriculture, especially cocoa farming and the cultivation of seasonal crops.

“Unfortunately, you know in cocoa, most of the people are aged and, therefore, we need young and new blood but it must be attractive to them. MASO is doing good because it’s trying to professionalise the cocoa industries so that young people can make it as their profession.

“And that’s why I’m proposing – they have just spent about GHS 20 billion in bailing out nonfunctional banks – and I believe that just 1 billion to support agriculture for the young people should go a long way to revitilise the cocoa industry”, Prof Adei said.

A beneficiary of the MASO programme from the Volta Region, Mawuse Hotor, shared her successful story at the conference and was grateful for the initiative. She noted that out of the skills she has acquired from the programme, she also has over three acres of cocoa farm, which is fetching her enough money to support her tertiary education.

About 500 young men and women drawn from the various cocoa-farming communities in the Volta Region participated in the conference. They were taken through entrepreneurship and technology learning as well as how to produce various products from cocoa beans.

The conference was held under the theme: ‘Professionalising Cocoa Farming; the Role of the Youth’, basically with an aim to encourage Ghanaian youth to stay in farming and to become entrepreneurs than go chasing jobs in the government sector.