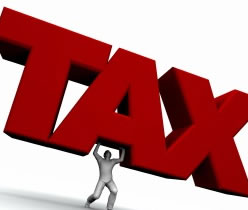 The Ministry of Finance has revealed that the Ghana Revenue Authority (GRA) successfully registered 1,394,842 taxpayers in the year 2019.

This brought the total number of taxpayers registered with Tax Identification Numbers (TINs) to 3,394,488 as of 31st December 2019, resulting from the drive to improve tax administration and expand the tax base.

These were contained in the ministry’s budget performance report for 2019 presented to Parliament on April 8, 2020 by the Minister of Finance, Ken Ofori-Atta.

“These included the online Taxpayer Identification Number (TIN) registration, introduction of the Integrated Tax Application and Preparation System App (iTAPS) to encourage voluntary filing, and payment and deployment of an Integrated Management System for customs administration,” he indicated.

“Additionally, the Ghana Electronic Procurement System (GHANEPS) was launched and five pilot entities were trained on how to operate,” he disclosed.

For 2019, real GDP was projected to grow by 7.6 per cent. However, this target was revised downwards to 7.0 per cent on the back of lower than expected crude oil and gas volumes envisaged at the time of the budget, Dr. Assibey Yeboah said.

“Provisional estimates for the first three quarters of 2019 indicate an average real GDP growth rate of 6.0 per cent, thus being on track to achieving the revised 7.0 per cent target for the entire year 2019,” he added.