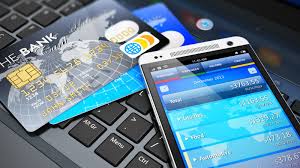 Homepage » Africa » Zimbabwe: 96% of total transactions in 2017 were electronic, mobile

Reserve Bank of Zimbabwe governor, John Mangudya said on Wednesday that the value of transactions on these platforms accounted for over 90% of the US$97.5 billion in total value transactions in the country in 2017.

This means that cash transactions accounted for about US$3.8 billion of the total value of financial transactions in the country during the period under review.

Econet Wireless Zimbabwe’s mobile payment platform, EcoCash has grown while Telecel Zimbabwe’s Telecash and NetOne’s own version are also active on the market.

In his 2018 Monetary Policy Statement, Mangudya said: “The growth in the use of plastic money, away from cash transactions, was phenomenal in 2017 to the extent that more than 96% of the $97.5 billion – from the 1 billion transactions – processed in the entire country in 2017 were through electronic and mobile banking systems.

“Mobile payments constituted the bulk of payment streams in volume terms in 2017.”

Internet payments amounted to US$7 billion, accounting for about 7.2% of total payments in 2017 and significantly up from US$2.5 billion registered in 2016. Mobile payments topped US$18 billion, up from the 2016 figure of US$5.8 billion and representing about 18% of total value.

Analysts at IH Securities said in an investment strategy note on Zimbabwe this week that cash and forex challenges have forced Zimbabweans to spend money locally.

Most of this spending has been transacted using mobile, electronic and internet payments as it has become difficult to get money out of Zimbabwe in hard cash.

IH Securities said in a Zimbabwe Equity Strategy note for 2018 released this week, “We also believe that forex shortages for specific consumers to spend more money in Zimbabwe as opposed to in neighbouring countries like Botswana and South Africa.”