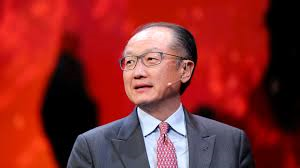 Kim, 59, announced that he will immediately join a firm and focus on increasing infrastructure in developing countries, but the bank did not provide further details.

In a statement Mr Kim said, “It has been a great honor to serve as President of this remarkable institution, full of passionate individuals dedicated to the mission of ending extreme poverty in our lifetime.”

He added, “The work of the World Bank Group is more important now than ever as the aspirations of the poor rise all over the world, and problems like climate change, pandemics, famine and refugees continue to grow in both their scale and complexity,”

Mr Kim has been at the helm of the World Bank since 2012, and was re-elected for a second five-year term that began in 2017.

Ghana’s banking industry, a year after the reforms webmanager January 20, 2020
Close
Business World Ghana
Proudly powered by WordPress Theme: Magad.
We use cookies for functional and analytic purposes to ensure that we give you the best experience on our website. By using this website, we assume that you give your consent to this policy.Ok