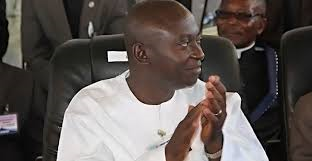 The minister-nominee for Works and Housing, Samuel Atta Akyea says he will not abandon state housing projects started under the erstwhile National Democratic Congress (NDC) government.

He said he will ensure the private sector is encouraged to help government bridge the housing gap in the country.

Mr Atta Akyea, who is also the legislator for Abuakwa South constituency said he will suggest to the President that all new housing projects be halted until the completion of uncompleted ones.

“I laud the NDC government for tackling parts of Presidents Kufuor’s housing project…I will carry through with the constitutional requirements that projects started by previous governments are continued and  completed by succeeding the government and I will even push further to suggest that we do not start new projects until these old ones are completed,” Mr Atta Akyea said.

While answering questions from members of Parliament’s Appointments Committee at his vetting on Tuesday [January 31,2017], the member of Parliament said he believed private sector could play an integral role in meeting the country’s housing needs hence will create favorable conditions to enable them provide housing at affordable prices.

He suggested that banks in the country provide flexible payment terms to enable more Ghanaians to acquire houses.

On protection of state assets, the nominee said he will consider creative ways of protecting state assets that will in the end ensure government make profits.

Reacting to a recent complaint by the Chief Justice, Georgina Theodora Woode that many judges did not have official residence, the minister-nominee said he will push for appropriate housing facilities for the judges.

The NDC under the leadership of John Mahama initiated a 1,500 housing unit project at Ningo to provide affordable housing for Ghanaians in a bid to reduce the country’s housing deficit of about 1.7 million.

The Ningo project was among the few he initiated to address the problem.