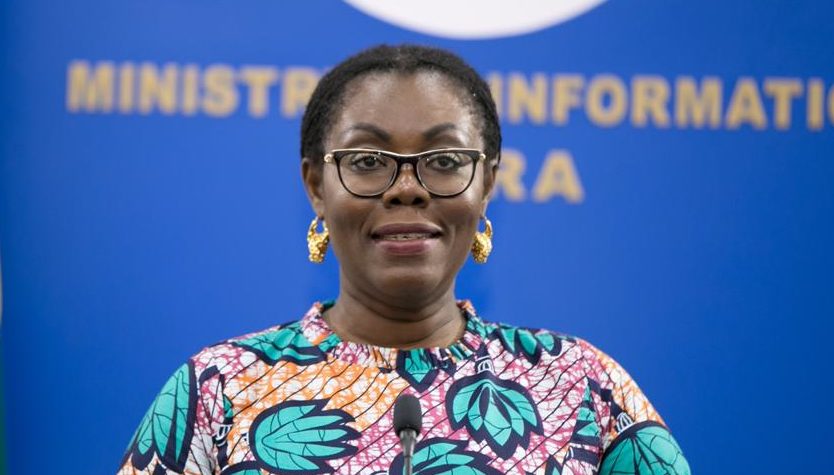 The Minister of Communications, Mrs Ursula Owusu-Ekuful has stated that the introduction of the Common Platform (CP) monitoring in the telecommunications sector has resulted in a savings of US $1.1 million monthly over the previous contracts.

This, the Minister said will result in a total of US$66 million over the 5 year contract period.

Additionally, she says unlike the previous contracts, the CP offers real time monitoring of 2.5 billion transactions per day within the telecom sector in the form (e.g. Calls, SMS, Mobile money transactions, etc.) as well as Mobile Money Monitoring as an added component.

Mrs Owusu-Ekuful said this at a press briefing in Accra on Thursday morning. [November 14, 2019].

Touching on the results achieved since the introduction of the CP Mrs Owusu-Ekuful said it has been less costly and more valuable.

On the Fraud Management component, the Minister said the CP has from inception to date, made tax savings of over GH¢205.6 million.

“Over the life of the contract, the CP is expected to deliver tax savings of approximately GH¢795.9 million. This comes with a state-of-the-art Fraud Management System known as TELECOP. Through this, the CP originates over 150,000 international calls into Ghana every month to detect fraudulent SIMs automatically,” she said.

On Revenue Assurance, the Minister said the CP has been providing Revenue to the government through the Ghana Revenue Authority (GRA) Top-ups, Measurement of Top-ups per Operator by the CP and Revenue to the Operator measured by the CP (Consumption).

With this, she said the GRA is now able to verify the various revenue streams of the Mobile Network Operators (MNOs), plug revenue leakages and more accurately predict revenue trends from the sector for planning and policy formulation.

For Mobile Money Monitoring, she said the CP has reported an average monthly usage of GH¢29.1 Billion, GH¢195.8 million transactions, with GH¢71 million generated by the Operators in transaction fees, with further breakdowns of transaction types for informed policy decision making.

On Under declarations detected, Mrs Owusu-Ekuful said the introduction of the CP has uncovered that, prior to its introduction, GH¢300 million in taxes was lost from potential under-declarations between 2015 to Q1 of 2017.

She said an estimated GH¢470 million in taxes was saved between Q1 of 2017 to date as a result of the announcement of the implementation of the CP on March 8, 2017 and its actual implementation to date.

She said there would have been a potential loss of a total of GH¢1.5 billion through to the end of the CP contract, had the CP not been implemented.