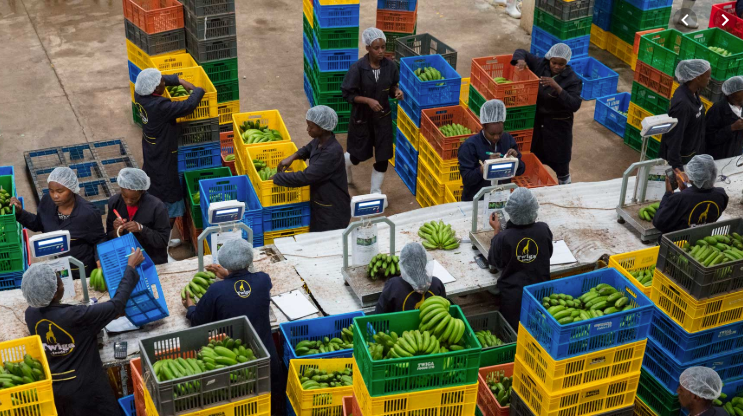 In ordinary times, it takes Boureima Diawara two or three days to truck his mangoes the 1,200 km (745 miles) from southern Mali to Senegal’s seaside capital Dakar.

But since coronavirus restrictions came in, some shipments have taken more than twice as long. After struggling with border delays and a dawn-to-dusk curfew in Senegal, Diawara’s workers have ending up dumping sacks of rotten fruit in landfill.

Trading across borders in West Africa, with its rutted roads and bribe-hungry police, has never been easy. But restrictions imposed by governments in response to COVID-19 are crippling the trade in perishable goods and livestock like never before, according to commercial data and interviews with traders.

“If the trucks stop, the produce spoils,” said Diawara, whose traders’ collective slashed the number of trucks it runs to Dakar from up to nine a day to only one or two.

The breakdowns in trade are contributing to fears of a spiralling food crisis. The United Nations says the pandemic could cause the number of West Africans living in food insecurity to double to 43 million in the next six months.

While some countries have been able to rely on healthy pre-crisis stocks to keep the price of staples such as maize and rice relatively stable, more time-sensitive supply chains are fraying and legions of independent traders are taking the hit.

Data collected by the Permanent Interstate Committee for Drought Control in the Sahel (CILSS) shows West African traders of perishable produce and livestock have seen losses of 10% to 30% since health restrictions came in, as transport is disrupted and markets close while illegal tax collection at checkpoints has leapt nearly 50%.

A separate survey by Réseau Billital Maroobé, a collective of West African herders, showed economic activities were at a standstill for 42% of herders in the region as of last week.

The impact is not universal and some trade corridors have been less affected. But Brahima Cisse, a regional markets expert at CILSS, which has 13 member states and is based in Burkina Faso, said he had never before seen such broad-based losses.

“There is an entire disorganisation of the market that makes the impact unprecedented,” said Cisse. “People in rural areas don’t even know where to go to sell their products to survive.”

Much of West Africa’s food trade is conducted by small-scale traders hauling anything from sacks of yams to chickens, onions and bananas aboard public transport, or driving herds of cattle across borders.

Because of smuggling and patchy customs records, the vast majority of the commerce does not show up in official statistics, researchers say.