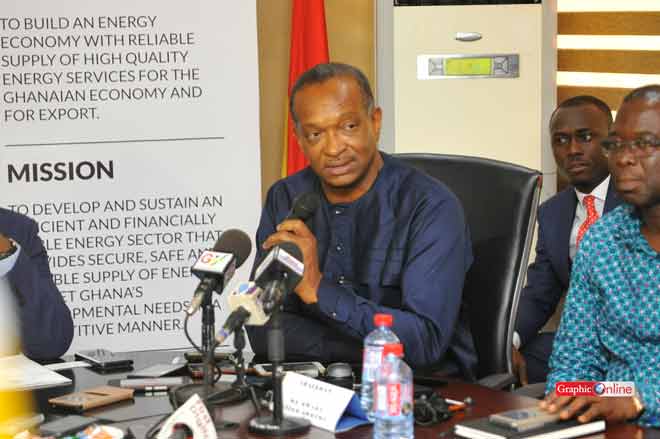 In the last two years, the Volta River Authority (VRA) has reduced its net loss by 83 per cent from GHȼ1.3 billion in 2016 to GHȼ220.10 million in 2018, the Board Chairman of the company, Mr Kweku Andoh Awotwi, has said.

Consequently, he said the authority was hopeful to further reduce its net losses, break even and post profit this year to achieve financial sustainability and restructure into a new VRA in 2021.

Last year, we narrowed our net losses further by 49 per cent, from GHȼ430.5 million to GHȼ220.10 million, bringing to 83 per cent the reduction in net losses over the last two years,” Mr Awotwi said in his address at the ninth annual stakeholders interface by the company on November 12, in Accra.

The development, he said, was as a result of the three-year financial recovery plan (FRP) rolled out by the company in 2017.

“The plan is aimed at restoring the authority’s financial sustainability, which was severely impaired in 2016.

The successful implementation of the FRP will hinge on our success in cost control, prosecuting new commercial opportunities, improving our internal business processes, as well as improving the efficiency of our thermal operations,” he said.

According to him, the board and management of the authority were on track to achieve a successful financial recovery plan.

“Our commitment to use natural gas, increase power sales to the export market—underpinned by the government’s payment of $738 million through the ESLA bond issue, substantially discharge historical debts owed to local banks and suppliers, has contributed to the current progress in implementing the authority’s plan.

“On this note, I wish to acknowledge the government and all our stakeholders for their support of the authority’s operations.

The progress in implementing the FRP would not have been possible without it. I can assure you that the board, management and staff are focused to achieve our goal of financial sustainability by the time we restructure into the new VRA in 2021,” he said.

The Chief Executive Officer of the authority, Mr Emmanuel Antwi-Darkwa, said the VRA had already commenced the restructuring of its non-power subsidiaries into stand-alone and financially self-sustaining entities.

He said the objective was to invite private sector investors to recapitalise these subsidiaries and bring private sector management focus and discipline to run those non-core areas of the authority’s operations.

The Chief Executive Officer of the State Interest and Governance Authority, Mr Stephen Asamoah Boateng, expressed excitement over the ability of VRA to change its fortunes in the spate of two years.