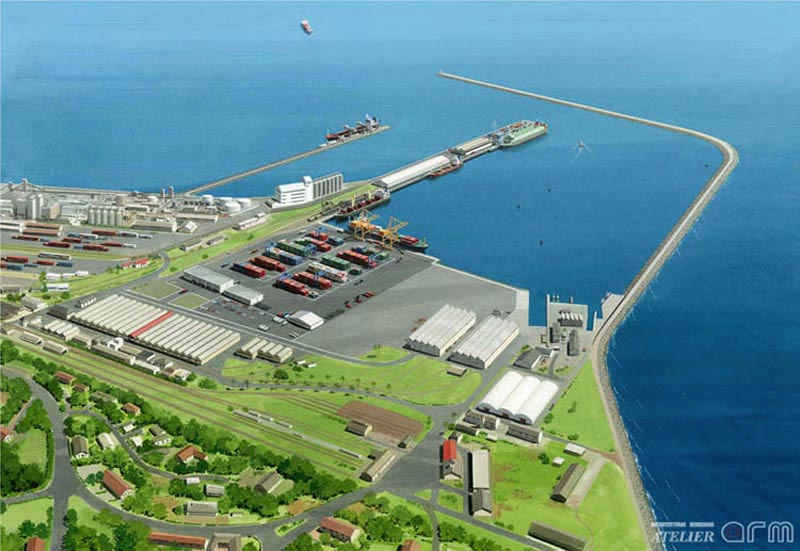 The Local Economy of Sekondi-Takoradi has been boosted with over US$210 million dollar construction of an Atlantic Terminal with the Port of Takoradi by Ibistek, an indigenous Ghanaian Company.

The Atlantic Terminal which will sit on a 62 hectors of reclaimed land being undertaken by a Belgium Company Jan DeNul is expected to be completed on November, 03, 2021.

Speaking to a cross section of the media at the Port of Takoradi, Board Chairman of Ibistek Ghana Limited, Nana De Sackey revealed that the terminal forms part of the vision to transform and modernise the port built during the Gordon Guggisberg era.