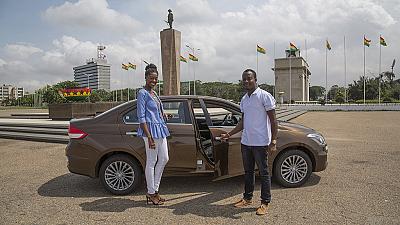 JUMO Drive is a loan facility that includes the car, tracker, insurance and maintenance.

According to a statement released by JUMO, the product has been successfully piloted in Kenya, with the intention to expand the offering across Sub-Saharan Africa in 2019.

The company declined to disclose details of the rollout roadmap, but confirmed its aim to target “a number of key African markets” by the end of 2019.

JUMO says: “The vehicles are income generating assets for the drivers and so it was important to design a solution that safeguards the asset and ensures the driver’s financial health, making it as easy as possible for them to get back on the road in case of breakdown or accidental damage.”

According to the companies driver partners are offered an easy application process and flexible repayment structure.

Qualification for the loan is based on a credit score derived from JUMO’s unique data prediction capabilities and driver behavioural data.

The credit risk score of the driver-partners is determined by the driver’s earnings, trips and behaviour patterns ensuring that each driver receives offers that are individually designed.

Finance for the vehicles is provided by bank partners on the JUMO platform.

“The JUMO Drive and Uber app work together to generate and facilitate the credit scoring and application process for driver-partners. To ensure that driver-partners have a seamless and automated experience, all applications are transparent and require no upfront costs, no sign-up fees, no deposits,” JUMO states.

The company adds that because the facility tailors the loan to each driver’s unique behaviour and income, the percentage (to be repaid) varies from one individual to the next.

JUMO stresses that the partnership is in its early stages and the key principle is that Uber is growing quickly in the markets where they’re partnering with JUMO and there is a need to put vehicles on the road that scale.

“The challenge is that most would-be drivers are unable to obtain finance through traditional methods and so the benefit to Uber is that drivers who would not necessarily have qualified for finance through the ‘monthly payslip and personal balance sheet’ approach would qualify on JUMO Drive by virtue of their past driving data and other alternative data sources, all of which are highly predictive in determining credit behaviour. JUMO takes a small fee on the cash flows for managing the end-to-end process on behalf of funding FSP partners who are also integrated on the JUMO platform,” JUMO adds.

In September 2018, South African media reported that the company removed one of its drivers from its app after an alleged altercation with a 71-year-old man at OR Tambo International Airport. The victim later died from injuries sustained during the assault.

JUMO says the safety of drivers and their passengers was an important consideration when designing JUMO Drive, “and was one of the reasons we included vehicle tracking and maintenance, as well as app features that encourage drivers to rest and help them plan their days without the fear of losing out on income or falling behind on vehicle repayments.”

Justin Spratt, Head of Business, for Uber Middle East and Africa explains, “Earlier this year, Uber and JUMO ran a pilot with a select number of Uber drivers in Nairobi who were pre-approved based on their driving behaviour. Based on the success of the pilot, we are happy to bring this innovative financial solution to driver-partners in Sub Saharan Africa.”

Andrew Watkins-Ball, JUMO Founder and CEO adds, “We are really excited to grow our partnership with Uber. JUMO Drive is another way that we are making it easy for small businesses to access great choices: in this case getting a real-time solution to owning your own vehicle financed by a leading bank. The vast majority of ride-sharing drivers globally don’t own their own vehicles. We are looking forward to rolling this out to many more markets.”