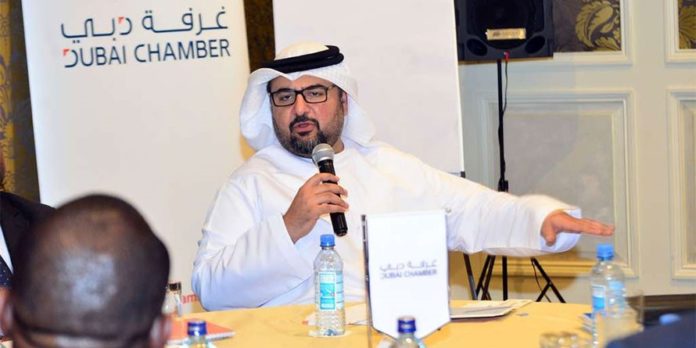 Total export of goods from the United Arab Emirates (UAE) into Ghana in 2018, were valued at US$106 million, Director, International Offices of the Dubai Chamber of Commerce and Industry, (DCCI) Omar Abdulaziz Khan, told the Goldstreet Business in Dubai, while predicting great prospects for trade between the two countries going into the future.

Though the amount has reduced minimally compared to the 2017 total export of US$111 million from that country, the total in 2018 was however still way higher than that of 2016 exports, which was valued at US$81 million.

Instructively, total direct investment volumes between Ghana and the UAE as at the end of 2018, has reached US$4 billion particularly with investments by UAE-owned companies spread across various sectors of the Ghanaian economy, in high potential sectors such as agribusiness, tourism, textile and garments, utilities, manufacturing and minerals processing.

Data from the Ghana Investment Promotion Centre (GIPC) indicates that almost 30 companies from the UAE are set up and operating in Ghana.

Omar Abdulaziz Khan has however expressed excitement about the number of DCCI members who have their certificates of origin for doing business targeting Ghana.

In all, 1,641 members of the DCCI have their certificate of origin targeting Ghana and the DCCI believes this would serve as catalyst for deepening the existing bilateral trade between the two countries.

The Chamber noted that the potential synergies between the two countries are of great value to both in terms of trade and as such the UAE, particularly Dubai, looks forward to increasing its trade volumes with the country.