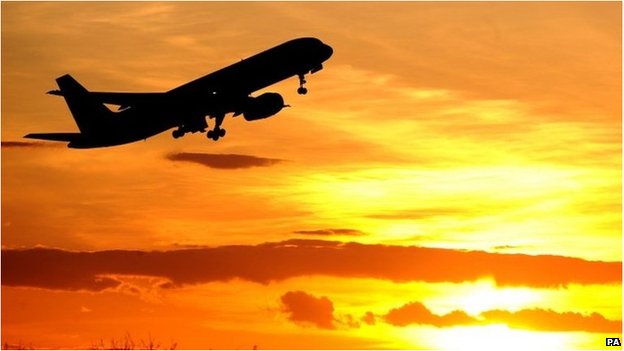 A Tunisian delegation is in Ghana to discuss the possibility of having direct flights between Accra and Tunis.

This according to the delegation is to help boost business and trade activity between the two nations.

The delegation paid a courtesy call on the Minister of Aviation, Kofi Adda on Wednesday.

“We had to come and see the minister for aviation to see if Tunisia can have a direct flight too. It’s very important that we open a direct line so that our businessmen from Ghana and Tunisia can boost commercial exchanges,” said Hartem Ferjani who is the State Secretary in charge of economic diplomacy from the Tunisian Ministry of Foreign Affairs.

According to Mr Ferjani flights from Tunis to Accra takes about 11 hours due to transits but the time could be reduced to about four hours in a direct flight.

The Minister for Aviation Kofi Adda welcomed the proposal saying it falls in line with Ghana’s vision of becoming an aviation hub within the sub-region.

According to the Director General of the Ghana Civil Aviation Authority, Simon Allotey once interest has been expressed, further steps need to be taken to make it materialize. The steps include an official letter from the Tunisian government on the desired route, which will be followed by some safety inspections and security checks.

These processes Mr Allotey explained could all be completed in a matter of months. He further added this new request places Ghana in a good light

‘We are happy at the request because it indicates the confidence they have in Ghana and it will help drive the aviation hub vision and it will boost trade and Economic Activity,” he said.

Ghana already has bilateral Air service agreement with Tunisia and in line with provisions under the Single African Air Transport Market (SAATM), the regulator has assured Eligible Airline from the two countries will enjoy full benefits once the agreement is concluded for direct flights between Accra and Tunis.