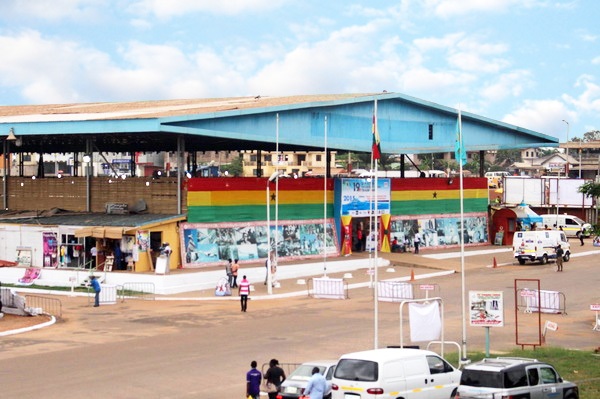 Ghana is to spend an estimated $2 billion to redevelop the Ghana International Trade Fair Centre into a modern trade exhibition hub, the Minister of Planning, Professor George Gyan-Baffour, has revealed.

He said the project, which was expected to be completed in five years, would be funded by the Ghana Trade Fair Company Limited and interested investors through public-private partnership (PPP) arrangements.

Prof. Gyan-Baffour said when the project was completed, it would generate permanent employment for more than 10,000 people and create an estimated $150 million revenue stream from businesses annually.

“We are determined to deliver to the people of this country and, indeed this region, a first-class convention centre with exhibition facilities that will facilitate world-class trade and investment in the next five years,” he said.

The Minister of Planning stated this at the Investor Conference on the Ghana Trade Fair Redevelopment Project at La in Accra yesterday.
The conference outlined redevelopment and investment plans to potential investors to attract their participation.

It followed approval of the project’s master plan by Cabinet in May this year.

The investor community present at the forum had the opportunity to make inputs into the master plan to ensure that it was fit for purpose.
Per the master plan the new facility will replace the existing one at La in Accra. It will be executed in two phases over an area of about 156 acres.

The first phase will involve the construction of a variety of service facilities, including a modern convention centre, exhibition halls, business park and commercial offices.

Other facilities will include a technology hub, made-in-Ghana trade village, residential apartments, retail malls, hotels and amusement parks.
Prof. Gyan-Baffour said the redeveloped trade fair centre would be commercially viable, self sustaining and would generate significant economic and commercial benefits to stakeholders.

He urged the investor community to participate in the project and gave an assurance that the government would not relent in its efforts to ensure that their investments were protected for maximum returns.

The Chief Executive Officer of the GTFCL, Dr Agnes Adu, said the redeveloped trade fair facility would focus on trade facilitation and business promotion in support of the government’s objective to make Ghana an attractive trade hub in West Africa.

She said the GTFCL would retain overall responsibility for the governance, development and management of the redeveloped centre, relying on national and international best practices.

The Minister of Finance, Mr Ken Ofori-Atta, said the completion of the project would quicken the government’s objective to become a trade and investment hub in West Africa, particularly when the country had been selected to host the Secretariat of the African Continental Free Trade Area.