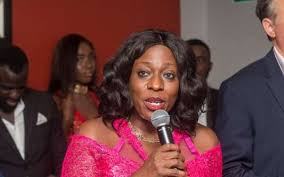 The Ministry of Tourism, Arts and Culture (MoTAC) and the Ghana Tourism Authority (GTA), have cautioned the public against perpetuating acts that prevent tourists from visiting various attractions in the country.

The ministry explained that acts such as open defecation and indiscriminate disposal of waste near tourist attractions could be a major setback for the sector.

Addressing the media, Minister for Tourism Arts and Culture, Catherine Afeku said the ministry will embark on a campaign to clamp down on individuals who drag Ghana’s name into disrepute.

“The various attractions serve as a source of branding Ghana. It is therefore appalling that some individuals have decided to drag the country’s reputation into the mud,” she said.

The campaign was on the back of a video documentary, in which certain individuals were filmed openly defecating close to the Cape Coast Castle last week, at a time some tourists were visiting.

But Mrs. Afeku explained that certain measures including the immediate provision of places of convenience at the various tourist sites will be urgently implemented.

The initiative, she noted, would aid in revenue collection with a digitized system to help monitor the revenue collected and block all financial loopholes that may be exploited.

“But before that, in collaboration with the Ministry of Sanitation, Ministry of Fisheries and Aquaculture, the Local Government Ministry and the Information Ministry and some of the tourism ambassadors we would embark on a campaign against open defecation especially among people mainly in the coastal areas,” she said.

A World Bank report disclosed that, one in five Ghanaians practice open defecation and costs Ghana to lose US$79 million annually.