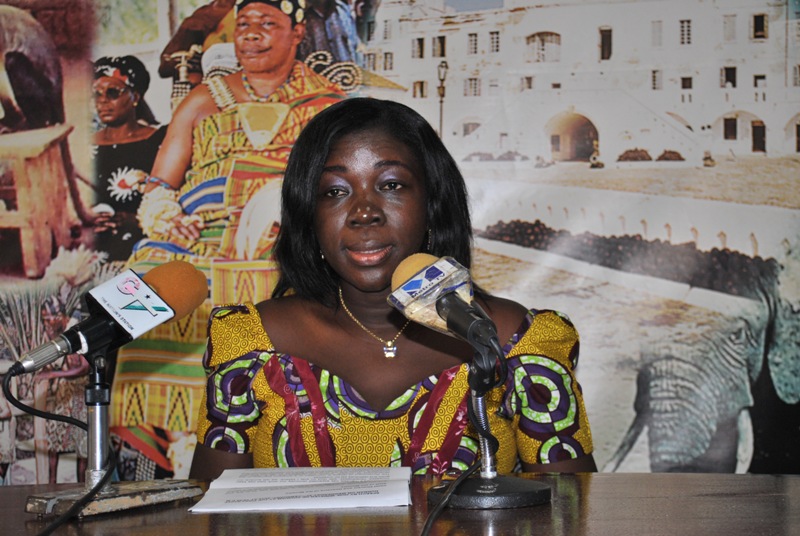 Minister for Tourism and Creative Arts Elizabeth Ofosu- Agyare has indicated that her outfit will be seeking government’s support for funds to shore-up the Tourism Development Fund, which has accrued GH¢15milion since its inception in 2012.

The collection of 1% tourism levy by certificated enterprises from patrons of their facilities and remittances of same into the tourism development fund began in November 2012.

“As I speak now, the only source of funding is the one percent levy; no seed money, no grants yet. We have written to the Ministry of Finance to seek government’s seed money, but no response yet,” she told Parliament.

Under the tourism act a one percent tourism levy is payable by a patron of tourism establishments specified in a schedule to the act, and these monies are directed into a new tourism fund that is administered by the Ghana Tourism Authority (GTA) and the Accountant-General’s Department.

Others have to do with the tourism export-oriented activities of institutions and tourism education and training.

The one percent (1%) tourism levy, as embodied in the tourism act (Act 817), has become operational following the enactment of legislative instrument (L.I 2185, 2012).From 2012 to now, a total of 3,081 establishments in the form of accommodation and catering services have been registered and certified.

“The registration and certification of the accommodation and catering establishments has now peaked, except for the newly-established enterprises within these segments.”

She added that the process of certification for the 1% tourism levy and its scope is now being expanded to cover all the enterprises that have been enumerated in a schedule to the Act, 817, 2011.

According to her, measures have also been put in place to ensure that all the certified enterprises mandated to charge and collect the 1% tourism levy are complying and making accurate and full disclosures into the fund.

The fund has already set up a secretariat and has also allocated GH ¢1million to the creative arts industry, the minister stated.

An Accra Visa Information Centre (AVIC), which the Minister says will serve as a guide for any tourist seeking vital information on the country, has been set up and is resourced under the fund.