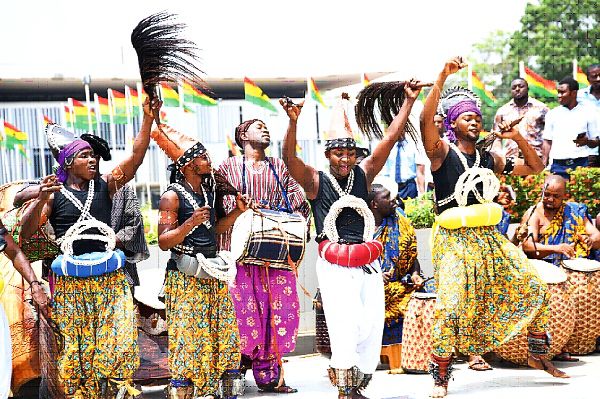 The World Bank has approved a US$40 million grant to support the country’s tourism and creative arts sector.

Delivering the State of the Nation Address to Parliament last Thursday, President Nana Addo Dankwa Akufo-Addo said the grant was to help improve Ghana’s tourism to make it attractive to patrons across the globe.

The grant is to be used, among other things, to upgrade tourist facilities in the country.

A draft policy to ensure that world-class standards were set and maintained at all tourist sites and attractions was in the pipeline, he added.

He expressed concern about how Ghana was always in the news for the good reasons yet had not taken advantage of that to attract visitors.

The President recalled that the tourism ministry had rolled out a campaign called “See Ghana, Eat Ghana, Wear Ghana and Feel Ghana” to promote made-in-Ghana products.

Under the programme, he said the Ghana Tourism Authority (GTA) had recorded a 20 per cent growth in visits to various tourist sites.

Touching on the Creative Arts sector, the President said a bill to regulate the sector had been passed, leading to the setting up of the Creative Arts Fund, while the Hospitality Training Institute had been renovated, and re-opened in July 2018 to provide needed training in the hospitality and tourism sectors.

He said the Eastern Regional Arts Theatre had been completed and work on the construction of the Kumasi Arts Theatre was ongoing.

He touched on the proclamation of the 2019 “Year of Return” commemorating the 400th anniversary of the arrival of the first 20 West African slaves in the Commonwealth of Virginia, in what was to become the United States of America, saying “in response to this proclamation, 70 African-American Hollywood celebrities visited Ghana in December 2018.”

President Akufo–Addo pointed out that while the country had many tourists sites, the greatest attraction was its people.

“Yes, we have castles and forts, we have waterfalls and dramatic mountain ranges, we have breath-taking beaches and historical sites that reduce visitors to strong emotions, but it is the people of Ghana and our welcoming attitude that are the strongest attraction to visitors,” he stated.

He was, however, quick to add that bad sanitation habits would continue to put tourists off from visiting the country.

He reiterated his pledge to improve sanitation in the country and make Accra the cleanest city in Africa by the end of his term.

As a result, he said the ministries of Justice and Sanitation were working together to try sanitation offences.

He also touched on open defecation and emphasised that the practice could not be a characteristic of a country that was working to be transformed economically.