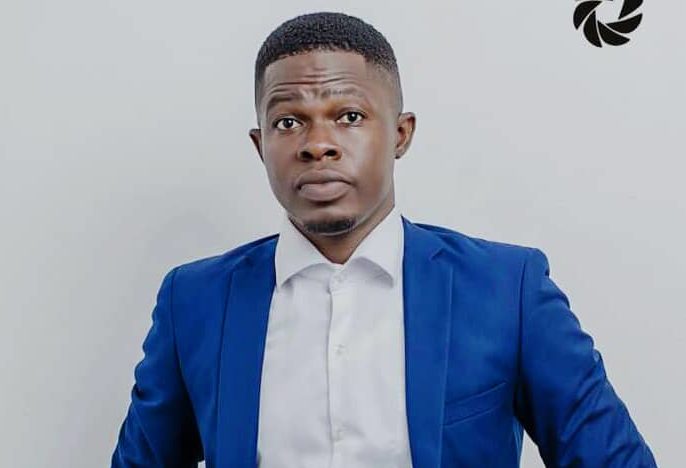 After almost two years of fruitless job search at the end of his National Service with an engineering company, Justice Offei Jr settled on one of his numerous business ideas.

Embarking on a spiritual exercise, he felt “fulfilled and more empowered” to get his business of the ground with almost nothing.

With a model to enter the Microfinance space, specifically micro lending, he rented a space with the support of his friend and as if planned, his cousin gave him a financial backing to start off.

In 2016, Sikadan which literally translates into Money House in the Akan language was born serving undeserved communities and people in the informal sector in Adentan, a suburb of Accra and its environs.

Sikadan, according to its founder, have had 400 clients participation and 80 beneficiaries since its inception.

Offei Jr, 32, was born with entrepreneurship in his genes; his mother is a caterer and dad a contractor who deals in automobiles too.

It was surprising to know that his initial plan was far from becoming an entrepreneur immediately after school although he hatched his first business idea during first year at the university.

“All I had in mind was to complete school, work for 5 years and start my own business but I later found out that entrepreneurship is something I can’t do away with,” he told Business World Ghana in an interview.

The relative success Sikadan is riding on isn’t devoid of downsides.

“In our first year, we had a lot of applicants but gave out loans to 20 people. You can have a lot of people but because of credit risk management you need to know where your money is going,” he said.

“I gave out loans and about 40 per cent didn’t pay back. Giving out loans to people in deprived communities and the informal sector is very risky, that’s why the banks don’t go there,” he added.

To remedy the situation, he modified his business model slightly in the second year to include a 30 per cent cash collateral from all clients before a loan is given out.

“This means reducing the risk and still courting more risk but because we wanted to fulfill the core agenda of microfinance and we didn’t want anything to hinder them; it’s a way to empower women and people in the informal sector.”

Microcredit is the provision of very small loans also known as microloans to impoverished borrowers who often lack collateral, steady employment, or a verifiable credit history. It is designed to support entrepreneurship and alleviate poverty. Many recipients are illiterate, and therefore unable to complete paperwork required to get conventional loans.

Microcredit is part of microfinance. However, Microfinance provides a wider range of financial services like savings accounts, to the poor.

The history of microfinance in Ghana dates back to the first credit union in Africa which was said to be established in Northern Ghana in 1955 by the Canadian Catholic missionaries. The popularity of Susu some years back as one of the popular microfinance schemes in Ghana is telling.

He adds that “Our institutions are weak…not only the financial sector. Microfinance is regulated by the Bank of Ghana (BoG) and so if these companies fail to pay back people’s monies, it means there’s a failure in the system including poor supervision.”

The bad nuts in the system, he says, creates a generalised impression that all microfinance institutions are bad.

He further explains that Microfinance is a tool for transformation and development but should be regulated properly.

Offei Jr. concurs that some microfinance institutions have poor governance system and the sensitive nature of the financial sector coupled with the current slew of panic withdrawals goes a long way to affect everybody.

Back to Sikadan. A lot has changed since its inception in 2016 to include Business Development Services.

The challenges they encountered during the first two years of operations which included lack of management skills, overspending, and reckless loan acquisition on the part of small business owners they handled led to the establishment of a Business Development Service.

“Before we give you a loan, you need to pass through our business development services first for us to assess and audit your business.”

“Small business owners don’t do book keeping, they don’t file receipts and don’t own business plan. We now support people in the informal sector who are doing reasonably good and profitable business.”

The call for a startup law to protect startup entrepreneurs

In October last year (2018), Offei Jr together with his board of directors launched the Africa Economic Dialogue (AFED), an entrepreneurship think tank with a primary focus on the enactment of a Startup Law also known as Startup Act for Ghanaian entrepreneurs.

The first dialogue, which brought together entrepreneurs (students & Non- students), innovators, researchers, economists, policymakers sparked conversations on the enactment of a Startup law in Ghana to create an enabling environment for nascent businesses.

AFED is expected to serve as an advocating tool to influence policies that directly and indirectly affect young businesses in African countries.

According to him, the realisation that Ghana had no established think tank or organisation that speaks for startups inspired him on this trajectory.

“There’s no law protecting startups in Ghana or a Startup Act in Africa as a whole except Tunisia that enacted a Startup Law last April (2018),” he says.

Many hailed the Tunisia Startup Law as an exemplary move that will inspire African governments to extend real support to startups.

The law which came into being after 2 years of several discussions with entrepreneurs, civil societies and law makers provides support with funding, tax exemptions, allows employees up to a year off period from their current jobs to run their start-ups among others.

Although industry experts do not tout the law to quell all of Tunisia’s startup woes, they believe it’s one step ahead to solving funding problems and offer a flexible ecosystem for entrepreneurs to flourish.

Tunisia’s act caused a ripple effect in Africa where in August last year, four months after Tunisia passed it, Senegal started an online consultation on its startup law.

The fight for Ghana’s startup law is still on as AFED plans to continue conversations this year, by holding regional stakeholders workshop to propose the content of the Startup Act and push the agenda further.