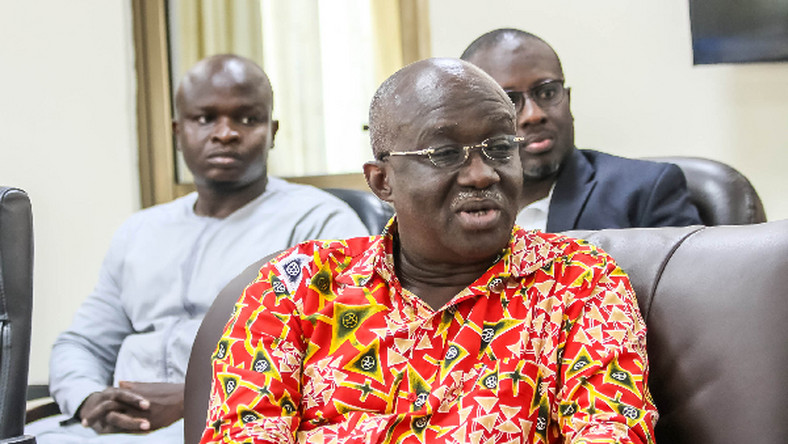 Mr Joseph Kofi Adda, the Minister of Aviation, on Wednesday said the Kotoka International Airport Terminal 3 was able to handle more than three million passengers in 2019.

It is also is on its way to hitting the five million passenger target for which it was built, he said.

Mr Adda said this when he appeared before Parliament to answer questions by Mr Kwame Governs Agbodza, the Member of Parliament for Adaklu, as to the current status of the Kotoka International Airport Terminal 1 in terms of current and future operations.

The relocation was necessitated by the replacement of the marque tent used a departure lounge, which had become dilapidated.

The GACL, therefore, opted for the relocation from Terminal 1 to Terminal 2 to save money and also ensure efficiency in operations and passenger comfort.

Mr Adda also disclosed that the GACL had rented out the ground floor of the Terminal 1 to McDan Aviation for US $354,480 per year.

He said the facility was to be used as a Logistics Operations Centre for a period of 15 years beginning January 2019, and expected to be renewed every two years.

He said pursuant to the Government’s agreement with the United States, McDan had signed a Management Agreement to provide the US Military with logistics and handling services through Terminal 1.

Mr Adda explained that the airlines continued to occupy the first floor and use the offices as operational offices to support their ticketing offices at Terminal 3.

He noted that the AVSEC ID Card Section of the Aviation Security Department of the GACL is on the first floor of Terminal 1.

“It is envisaged that the GACL would leverage on the Aviation Driven Development policy initiative to enhance fixed based operations at Terminal 1 and other aviation-related projects,” he said.

Mr Agbodza, in a follow-up question, asked whether the GACL was a party to the Agreement signed between McDan and the US Military to which Mr Adda responded that the US Military, under the Agreement, undertakes its own procurement and identified a company most suited for its logistics operations.

He said McDan offers many aviation related logistical services including Fived Based Operations not only to the US Military but to other private aircrafts, which were all subject to the country’s statutory regulations.

Mr Adda disclosed that the GACL was putting plans in place to turn the Terminal 2, which is currently underutilised, into an international hub for regional airlines.