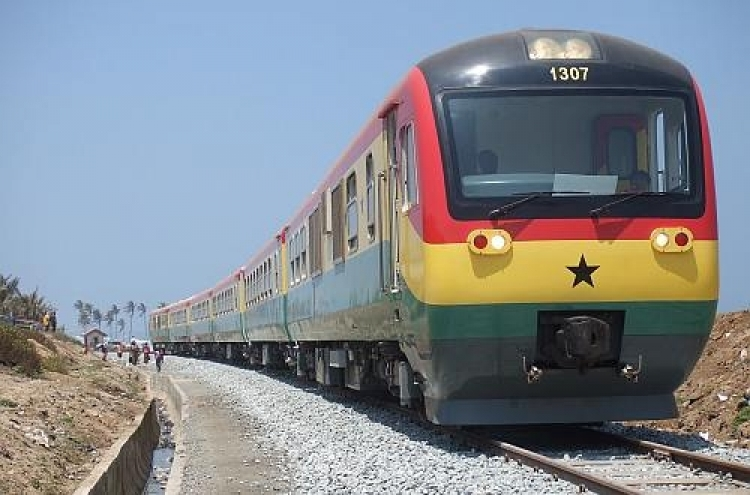 Homepage » Economic » Tema-Akosombo rail project to be completed in 2020

Satellite and survey works on the 84 kilometre railway line to be constructed from Tema to Akosombo has been completed paving the way for construction to start in the last quarter of the year.

Deputy Minister for Railways Development, Kwaku Agyenim Boateng disclosed that the construction company, AFCONS Infrastructure Limited, from India, is all set on site for the project.

“From zero to kilometer nine, I’m sure that within the next couple of months, you will see actual construction begin. At the moment, the company has just finished putting up their site for engineering and accommodation at one of the sites.”

The Deputy Minister was speaking in an interview with the Goldstreet Business at the sidelines of a Stakeholders’ Consultative Workshop on the Tema-Akosombo Railline Project in Accra.

The workshop provided the platform to engage institutional stakeholders with the aim to elicit the buy-in of the various players in the project. It was also used to launch an engagement platform for continuous engagement on pertinent issues that might affect its smooth implementation.

Agyenim-Boateng described the railway network in the country as a “pale shadow of itself” which situation, he said, necessitated the setting up of the Ministry for Railway Development to implement the Railway Master Plan and address the “missing link” in the country’s multimodal transportation system.

This, he said, calls for the engagement of institutions and communities to discuss their peculiar issues so the Ministry would work to address them and ensure they take ownership of the project.

He disclosed that his outfit has specific programmes for communities through which rail tracks will pass with specific allocations as the rail system would create new communities and businesses.

The Tema-Akosombo railway project will include the construction of rail tracks of standard guage, railway maintenance facilities for locomotive and wagons, the building of stations at specific locations with communications and signal equipment and capacity building for personnel in all aspects of the railway system.

Travel speed for the trains when completed is expected to be 210km/h and will run on diesel as against the speed of 56km/h operated by the current trains in the country.

On encroachment on railway lands, the Minister warned that the government is not prepared to reward illegality even though the plan will be one of compassionate, compromise and negotiation.

“If you have encroached, we are not going to litigate but enforce the law. If you have entered the reservation, then we have to deal with you on that one.” he stated.