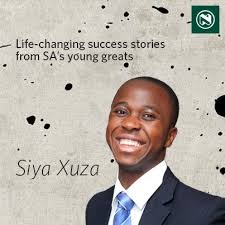 The much anticipated event is scheduled to take place at the Movenpick Ambassador Hotel on 10th December, 2015 at 8:3 0 AM on the theme: “Inspiring Leadership Conversations for Next Generation Businesses.”

Siya Xuza is the Founder and Managing Director of Galactic Energy Ventures, an investment holding company focused on creating global opportunities through smart energy by developing and investing in innovative solutions to address the energy needs of emerging markets. Siyabulela Xuza is part of the new young generation of Africans who are committed to developing the continent’s potential through disruptive innovations.

Previously Xuza conducted research at the Harvard Center for Nanoscale Systems and the MIT Microsystems Technology Laboratories on microfuel cells – distributed energy that could be used to power remote and rural areas. In 2013, his ground breaking work on micro fuel cells was published in the Journal of Electroceramics.

Xuza had a planet named after him. Planet 23182, discovered in 2000, is now known as Siyaxuza and is found in the main asteroid belt near Jupiter.

In 2011, he served as the youngest member of the African Union-affiliated Africa 2.0 Energy Advisory Panel and was recognised by the World Economic Forum as a Global Shaper.

Speaking on the choice of the theme, Noel Kojo-Ganson, Ag. CMO of MTN, said, “leadership is about setting the development agenda and ensuring win-win for both MTN and our stakeholders. It’s in that spirit that MTN has been creating relevant platforms to inspire entrepreneurs to share their transformational ideas. By doing this, MTN also fulfills one of our core values of relationship-building with stakeholders”.

The Executive Breakfast series, which is in its fifth year, has become the leading platform for executive briefings and networking for CEOs, senior management professionals and entrepreneurs in Ghana.