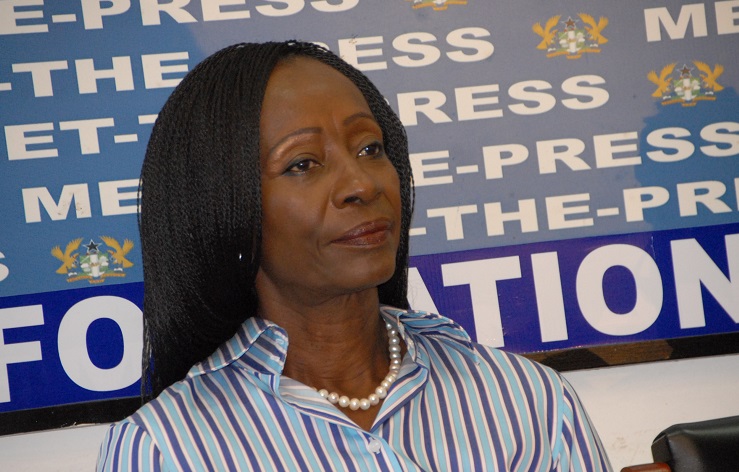 The Minister of Fisheries and Aquaculture Development (MoFAD), Ms Sherry Ayitey, has urged Italian businessmen and other European investors to invest in Ghana’s fisheries sector.

She said the government of Ghana had created the enabling environment for investment, and added that the fisheries sector played an important role in the socio-economic development of the country.

Ms Ayitey made the call when she addressed the opening session of the Blue Sea Land Expo for Mediterranean, African and the Middle Eastern Production District of Agro-food and fishing sectors in Palermo, Italy.

She said the European Union Commission had responded to the positive developments in Ghana’s fisheries sector by removing the “yellow card” imposed on the country since November 2013, thereby opening a lot of investment and export opportunities for the sector.

According to the minister, Ghana’s fisheries sector generates over USD $1 billion in revenue each year and accounted for 4.5 per cent of the country’s GDP.

“It created direct or indirect employment to an estimated 2.4 million people representing 10 per cent of the population. Fish also accounts for 60 per cent of animal protein consumed in Ghana and for that matter sustaining the food security of majority of Ghanaians,” she stated.

She said recent studies revealed that Ghana ranked first in Africa and sixth globally in nutritional dependency on fishing, and added that it exported about 40 per cent of harvested fish annually.

The minister said Ghana was developing 310 beach landing sites scattered around 189 fishing villages as part of the government’s strategy of transforming the fishing sector.

To this end, she called for collaboration between Ghana and the Mazara City, the prime fishing harbour in Italy for effective transformation of the fishing sector in Ghana and Africa at large.

The Italian government, he said, was working together with Africa and other countries to improve the marine sector and added that its new fishing policies had also placed value on aquaculture development to enhance sustainable fisheries.

Mr Castiglione called for the effective collaboration among all the participating countries to support the Blue Sea Land Expo and come out with ideas to enable the fair to achieve its purpose.