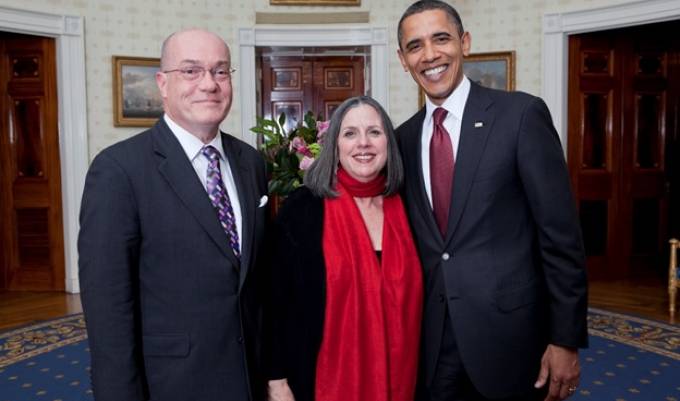 Robert Porter Jackson has been sworn in as President Obama’s new U.S. Ambassador to Ghana.

The U.S. Senate confirmed Ambassador Jackson’s nomination on October 22, 2015. He plans to arrive in Ghana and take up his duties in Accra in early January 2016.

Speaking at the swearing-in ceremony, Ambassador Jackson said:[My wife] Babs and I are excited about moving to Ghana; one of the leading democracies on the African continent, with active political parties and civil society organisations, a lively media, a history of peaceful political transitions, an apolitical military, and a good human rights record.

As Ambassador to the Republic of Ghana, I intend to build on what I have learned over the last 33 years…about building partnerships. My priorities will be to promote strong institutions, good governance, peace, trade, education, and health, unlocking Ghana’s potential for sustained, inclusive, broad-based economic growth, and helping it graduate from traditional development assistance.

Three years from now, I trust we will say that the relationship is stronger than ever and that together the United States of America and the Republic of Ghana have each benefitted from our friendship, commerce, engagement and exchanges.

Ambassador Jackson has served as the U.S. Department of State’s Principal Deputy Assistant Secretary for African Affairs since October 2013. From 2010 to 2013 he was the U.S. Ambassador to the Republic of Cameroon.