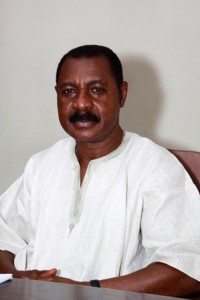 Nana Osei Bonsu: The change in name is a part of change in strategy and organizational direction. PEF has been in the business for almost 20 years, since 1994, and looking at the things that we used to do and our delivery, we see that we’re falling short of the efficiency level that we want to be. And so we reviewed our entire operations to look at how best can we serve our members and the entire Ghanaian private sector community in this period of global competition. The shortcomings of the Ghanaian private sector is not making it competitive and if we look at the terrain where even our tax payment to government is only about 14.9% of total government revenue, obviously there is something wrong. So being the apex institution, we asked ourselves; how can we drive the development of the private sector to the level where they can be more profitable to create the needed jobs. This brought to our attention that our name Foundation had a wrong connotation in the minds of a lot of people, thinking that we’re a philanthropist organisation. As a business institution, we definitely want to capture the essence of what we do in our name; that we’re a federation of business associations.

BW: Obviously that would mean a different approach in the way of doing things?

NOB: Oh yes; we are evolving into doing things that we had left hanging previously. One is research and publication. Research is the tool to support your advocacy; to provide the data that you need to impress upon policy makers the options that are available for them to make the policy; it is a tool that is going to drive almost everything that we do. It is also going to link the private sector, as business operators on the ground, to the international market chain, so that they can also profile themselves and see that there is a similar company in say Tanzania, Uganda, and Nigeria; how come they’re making good, doing wonderful progress and making all the money and how come we cannot. So at least it informs them to become competitive and to restructure. If you’re willing, then we work with you by making available our customized, tailor-made business development services to you to improve on what you do.

BW: What’s the rationale behind the new strategy?

NOB: The rationale behind the new strategy moving in a different direction is to serve as a true representative of the private sector. That’s why we’re going on a membership drive by increasing membership services for those that are in a vulnerable situation. We are working with some financial institutions that can provide discounted credit to those who qualify. We are working in another angle where insurance coverage will be provided at a discount to the private sector. So membership services are empirical. At the end of the rainbow, every business association has responsibility to its members and members don’t join associations for nothing; they join because they want to enrich what they do and become profitable. So this is the angle, the vision we have. To make them the best that they can be, with all the services that can be provided. So membership services are core to bringing additional members in. And we hope to attract at least five new member associations to bring our total membership to about 15, covering about 80% to 90% of entire private sector companies.

BW: And what do you hope to achieve for members in the near future?

NOB: Productivity; that’s one area we think Ghana’s private sector has to increase. We, as private sector, now have a dialogue relationship with government, formalized into quarterly meetings with the Economic Management Team chaired by the Vice President. Now with our dialogue opportunity, we will want to impress upon the public sector and government with data how, for instance, the traffic system impacts the performance of workers and affects productivity, and how if we manage to get them to their work places on time and without stress, we would have succeeded in helping improve their productivity .

Another of the core situations we’re looking to address immediately is financial equity; and we break it down into four. The financial institutions are making impact but we think there is still capacity shortage in their ability to analyse the inherent risk in SMEs and the agricultural sector. If they are equipped with that tool to be able to do critical analyses and come up with the strategies to mitigate the risks inherent in these sectors, there’ll be a lot more flow of capital into those sectors for investments. Secondly, our businesses have not looked beyond credit and they wouldn’t even understand when you mention equity or quasi-equity or any kind of arrangement to finance their businesses. So we want to educate our business partners on these other forms of financing that makes them more profitable. Thirdly, if you’re looking at government, capital mobilisation is key to every of its functions. No country has ever developed with only capital flows from overseas and so we’ll have to have home-based capital mobilisation to create a pool of funding. In our dialogue, we will impress upon government the merits of capital mobilisation in the system and how it’s going to improve the competitiveness of the private sector. The fourth point is about the public’s role in capital mobilisation. The public would be educated on the need to setting aside for one’s sunset period.

BW: To what extent has this new relationship with government impacted the private sector?

NOB: It has engendered excitement and hope among private sector operators but there is room for a lot of improvement. As earlier alluded to, at the end of each quarter, we meet with the Vice President and his team to dialogue on issues. This allows us to discuss the performance of the economy from the preceding period. This way we’re all informed as to whether we’re moving in the right direction. Why I say there is room for improvement is that, policy formulation should include a lot of private sector input from the onset. Not where you have policies that are almost baked then they provide stakeholder workshop for your input one day; private sector input is critical right from the onset. The policy is going to affect them anyway, so if you get their input from the technical point of view, I think, it enriches the policy more than when it’s done and you want to bring them in.

BW: So what is the outlook for the private sector and the economy as whole?

BW: What has been the response of the private sector, so far, to your new strategy?

NOB: Since our inauguration, we haven’t gone on the crusade that we intend to go on. But we’re soon going to undertake that crusade and we think that the reception so far is; “oh it’s about time”. So obviously, everyone knew that it was something that needed to be done but nobody pointed it out to us, but now that we’re moving in that direction, we see a welcome from the private sector. And we think that we need our partners to be able to become effective. They need us also to be able to identify why their shortcomings and gaps and to be able to remedy those gaps and become competitive.

BW: Is it right to assume there were challenges, in the past, of self-centredness and antagonism, among association members and so it would be difficult forging a solid common front?

NOB: I wouldn’t say antagonism. There is always resistance to change. It’s human nature. So when you look at it from the perspective that people are used to their comfort zone and you want to change the dynamics of doing things, it makes them a little hesitant and reluctant to accept the change but with time, once we’ve made them aware that this is the end goal and it’s going to be a win-win situation for all , I think they’re in the business to win so everybody will play ball; yes there can be some resistance but it’s not something that’s going to derail our new strategy. When PEF was created, it was created with four institutions and later joined by about six, and it stayed that way for almost 10 years. But we came in with this kind of approach that we increase membership services to make you better than what you were yesterday. We have had takers and all of a sudden we have four new members that have joined.

BW: So what should members expect in the immediate to near term?

NOB: In the near term what I think they should expect is, PEF as a strong advocacy institution with
its efficient business information centre; a centre of excellence where information in different sectors of the business world are made available to members. From financial intermediation, capital 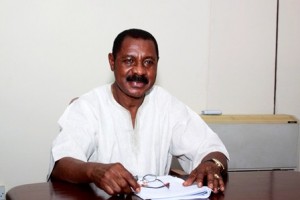 mobilisation, infrastructure provision, copyright and protection of intellectual property, to a variety of things that cut across. The main point is every business has two core values; competitiveness and profitability. And we want to make that as part of our daily bread that every business must be very competitive to the highest level that they can, and to be profitable as much as they can. We will endeavour to provide all the best information that they require, without shaving corners.