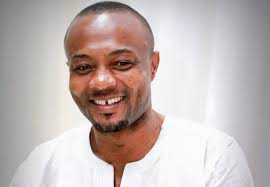 His appointment will however require confirmation from the governing Board of the Authority in consultation with the Public Services Commission.

This appointment follows the resignation of former CEO, Samuel Attah-Mensah who resigned months after the official inauguration of the governing Board.

Until his appointment, Mr. Shaib who is a lawyer by pofession was the Deputy CEO of the Coastal Development Authority.

He was also the New Patriotic Party’s 2016 Parliamentary Candidate for Ablekuma South where he lost to NDC’s Alfred Oko Vanderpuije.

Mr. Jerry Ahmed Shaibu holds a BA, LLB and MPhil degrees with a considerable number of years of practice as a lawyer.

Sandra Opoku confirmed as director of Tema Port webmanager June 1, 2020
Close
Business World Ghana
Proudly powered by WordPress Theme: Magad.
We use cookies for functional and analytic purposes to ensure that we give you the best experience on our website. By using this website, we assume that you give your consent to this policy.Ok